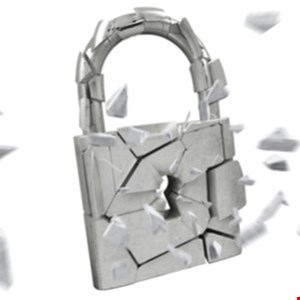 A flaw in the website design for LifeLock, a company charged with protecting the identity of its online customers, resulted in millions of customer accounts being exposed, according to KrebsonSecurity. A vulnerability in the site, which reportedly lacked authentication and security, has been fixed, but the breach highlights the larger security concerns inherent in web application security.

Of particular concern is the fact that web apps have become the cornerstone of operations for today’s digital enterprises. They are accessible at all times, from any location or device, but they can also contain sensitive customer data. Securing the data must be a priority, according to Setu Kulkarni, vice president of product and corporate strategy, WhiteHat Security.

“WhiteHat Security’s research has shown that web applications are consistently the most exploited means of entry into the enterprise by hackers. Despite this, companies are still failing to implement proper application security protections, making them an easy and vulnerable target.”

“We often see enterprises inheriting risk from third parties. In many cases, web pages are developed by non-IT teams without much governance. Data-flow architecture gets ignored, which can jeopardize personally identifiable information (PII). Largely by necessity, web applications are built and deployed by a wide range of coders, architects and administrators, who sometimes make mistakes.”

The LifeLock site breach serves as another reminder of the security issues in web application development, which often are not designed with security in mind. “Too many website applications are built with little thought on how to prevent being hacked,” said Chris Olson, CEO of The Media Trust.

“LifeLock’s web app vulnerability appears to have resulted from developers’ oversight and mirrors many other incidents in the past year alone, where security features and procedures to reinforce them receive little attention. Developers should make security a priority throughout a product’s life-cycle stages, from concept to manufacturing to retirement. Website operators should police all their website third parties to ensure all their activities fall within policies and scan their sites to identify and obstruct unauthorized code.”

The breach echoes the reality that an unknown vulnerability can pose a major threat to data security and brand reputation, according to Rich Campagna, CMO, Bitglass. “Enterprises need to have visibility across their networks, cloud services and devices in order to prevent and monitor for these kinds of risks.

“This data leak could have been avoided by using data-centric security tools that can ensure appropriate configurations, deny unauthorized accesses and encrypt sensitive data at rest. Because LifeLock failed to utilize such a solution, millions of customers have had their data exposed, become more vulnerable to highly targeted spear phishing campaigns and lost trust in a company dedicated to keeping their data safe.”