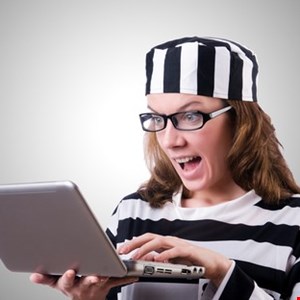 Hundreds of tech-savvy inmates at several Idaho correctional facilities have been caught exploiting a software vulnerability on their state-funded tablets to artificially increase account balances.

Officials claimed that 364 prisoners had been caught hacking the JPay tablets which are provided to allow them access to email, music and games.

The software exploit apparently allowed them to transfer a total of nearly $225,000 into their accounts, with one inmate managing an audacious $10,000.

There’s no hit to the taxpayer as these are virtual credits provided by JPay, with the firm claiming it has already recovered $65,000 worth. The guilty inmates will not be able to download games or music until they can compensate the corrections-related service provider, it said.

“While the vast majority of individuals use our secure technology appropriately, we are continually working to improve our products to prevent any attempts at misuse.”

The Idaho Department of Correction has also moved to discipline those involved, with reports suggesting they could lose various privileges and even be transferred to a higher security risk level.

US telecoms firm CenturyLink refused to disclose the vulnerability exploited by the inmates, citing it as proprietary technology.