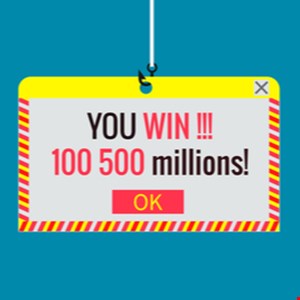 By using the HiBids advertising platform, cyber-criminals have been delivering malicious advertisements to millions of victims worldwide in a large-scale malvertising and banking Trojan campaign, according to researchers at Check Point.

These malicious ads can infect the PC or mobile device of the person viewing the ads with malware, such as a crypto-miner, ransomware or a banking Trojan. Master134, the criminal reported to be responsible for the campaign, redirected stolen traffic from over 10,000 hacked WordPress sites, then sold it to Adsterra, the real-time bidding (RTB) ad platform, according to today’s blog post.

From there, Adsterra sold the traffic to advertising resellers, including ExoClick, AdKernel, EvoLeads and AdventureFeeds, which passed it on to the highest-bidding ‘advertiser.’ “Our discovery revealed an alarming partnership between a threat actor disguised as a Publisher and several legitimate Resellers that leverage this relationship to distribute a variety of malware including Banking Trojans, ransomware and bots,” researchers wrote.

The key to the campaign’s success was that the advertisers were seemingly legitimate companies; however, they were actually criminals looking to distribute ransomware, banking Trojans, bots and other malware, which is how the infected ads – not legitimate ads – appeared on thousands of publishers’ websites worldwide.

During this campaign, which is still active, Check Point reportedly saw 40,000 clicks per week on these malicious ads. Cyber-criminals, who measure the return on investment of their ad spend by comparing it to the money they make from crypto-mining and ransom, are compromising the legitimate business of online advertising, exploiting it to display malware-infected ads.

Recognizing that threat actors will always search for new ways to spread their attack campaigns, researchers anticipate seeing more of these types of attacks, though the involvement of seemingly legitimate online advertising companies is of great concern. “We can’t help but wonder – is the online advertising industry responsible for the public’s safety? Indeed, how can we be certain that the advertisement we encounter while visiting legitimate websites are not meant to harm us?” the researchers wrote.

Beware of Social Media Scams
Spring Sale: Save 10% on Extra Crunch membership
How to Remain Secure While Using Running Apps
The morality and efficacy of going public earlier
RSA Conference 2021: The Best Place to Strengthen Your Resilience