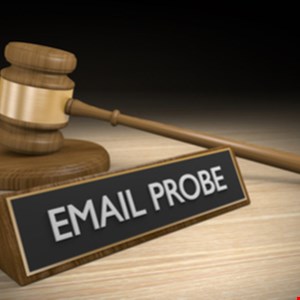 During a 29 July interview on “Face the Nation,” Sen. Jeanne Shaheen (D-N.H.) expressed concern over widespread phishing attacks against the Senate and political parties, according to The Hill.

“I don’t know who else is on the list but I do know that we’ve had an experience in our office with people getting phishing emails with social media accounts,” Shaheen said in the interview. “There has been one situation that we have turned over to authorities to look into. And we’re hearing that this is widespread with political parties across the country, as well as with members of the Senate.”

Sunday’s “Face the Nation” interview came only days after Microsoft confirmed that the campaign of Sen. Claire McCaskill (D-Mo.) was one of the three congressional campaigns in which Russians had unsuccessfully targeted staff and computer systems.

Russian meddling in midterm election campaigns has been a growing concern since the 2016 election. News that the Mueller investigation indicted 12 Russians for election meddling has renewed concerns, particularly as the 2018 midterm elections are swiftly approaching. President Trump met with his National Security Council (NSC) on Friday, 27 July, to address these and other cybersecurity concerns.

After the meeting, the White House released a statement affirming that “the President has made it clear that his Administration will not tolerate foreign interference in our elections from any nation state or other malicious actors.”

Prior to the NSC meeting, Defense Secretary Jim Mattis reportedly told reporters that US cyber-defenses have already been deployed, according to the Washington Examiner’s Daily on Defense newsletter. “Rest assured, there are actions underway to protect our elections or to expose any external efforts by anybody to influence the American public, to show false news, that sort of thing,” Mattis said.

As confirmation of foreign meddling continues to mount, the Senate Rules Committee aims to prioritize the Secure Elections Act, which is reportedly slated for markup in mid-August.

ActiveFence comes out of the shadows with $100M in funding and tech that detects online harm, now valued at $500M+
How to Secure Your Smart Home: A Step-by-Step Guide
Same-day delivery apps need more than speed to survive post-pandemic
Data-driven iteration helped China’s Genki Forest become a $6B beverage giant in 5 years
The DL on CockroachDB