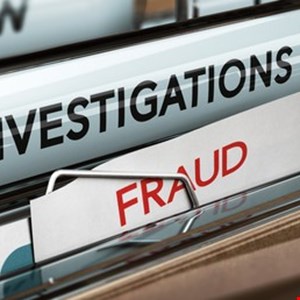 UK Card Not Present (CNP) fraud losses have fallen for the first time since 2011, despite rising levels in many European countries, according to new stats from FICO.

It revealed that the UK saw the biggest reduction in net fraud losses of 8%, although the average across Europe rose by 2% (€30m).

A FICO spokesperson confirmed to Infosecurity that the vast majority (around 70%) of CNP fraud is committed online.

“As well as fraud migration, we are also seeing an evolution of fraudulent exploitation using cyber-enabled crimes,” said fraud consulting director, Toby Carlin. “The total size of the cyber-enabled threats will come to the fore as PSD2 reporting comes into play across Europe, but early indications from the UK show that cyber-enabled digital fraud is set to overtake plastic fraud by 2020.”

Despite the growing online threat, the UK is now the first market to have “significantly” reduced CNP fraud losses in several years. This should serve as an example to other regions that investment in the right technologies can reap rewards, but also as a warning that scammers may be on the lookout for geographies where less is being spent, said the firm.

“This is a significant turning point in the global fight against CNP, with hundreds of millions of euros worth of fraudulent migration imminent,” FICO claimed. “All other markets should be on high alert to receive this migrating attack and ensure that preventative mechanisms are deployed as soon as possible to stop themselves becoming the easiest target for criminals to hit.”

A PwC report recently claimed that nearly half (49%) of UK organizations have suffered from cyber-enabled fraud over the past two years, while Cifas figures from April pointed to identity fraud reaching an all-time-high last year, and e-commerce fraud jumping 49%.

Using blockchain to improve security for IoT devices
University Hacker Sent to Prison
Victims duped out of US$1.8 million by BEC and Romance scam ring
Beware of these 5 common scams you can encounter on Instagram
How to Talk to Your Grandparents About Cybersecurity