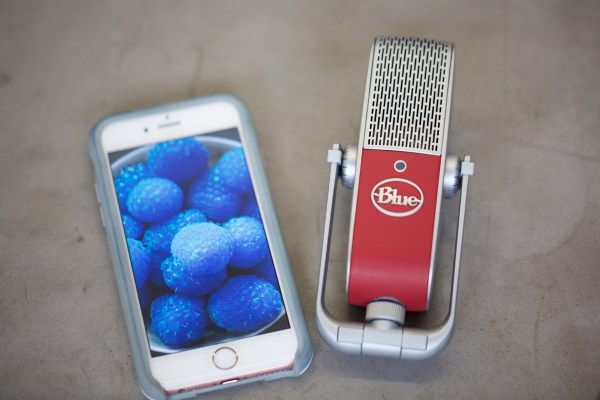 Logitech today announced its intention to acquire Blue Microphones, the hardware company behind popular podcasting microphones like the Yeti and Snowball. It’s a pretty logical acquisition, as far as these things goog –Logitech already operates in the audio space, with speakers and gaming headsets.

The acquisition of Blue would add an important dimension to that category and help the company take on a rapidly expanding space. Blue’s best known products aren’t high-end, exactly, but they’ve become the go-to choice for upstart podcasters looking to get in on the ground floor in the medium.

Heck, we’ve been known to use them from time to time for our own podcasts. The company offers higher end products for music producers, as well, and in recent years, Blue has begun dabbling in the gaming space, offering up microphone and gaming bundles.

“Logitech’s acquisition of Blue Microphones will accelerate our entry into a growing market, and offers another way for us to help bring people’s passions to life,” Logitech CEO Bracken Darrell said in a release tied to the news. “Joining with Blue is an adjacent opportunity for us – a new way to grow – with additional synergies related to our existing gaming, PC webcam and audio categories.”

Blue is being acquired for $117 million in cash. We’ve reached out to the companies to determine what the deal will mean for the Blue brand and its existing staff.

Update: In an emailed statement a company spokesperson confirmed to TechCrunch that the Blue brand is sticking around and the company’s team will be joining up with Logitech . “Logitech is delighted to welcome all Blue employees plus contractors to Logitech. The brand is also welcomed into Logitech’s broader portfolio.”