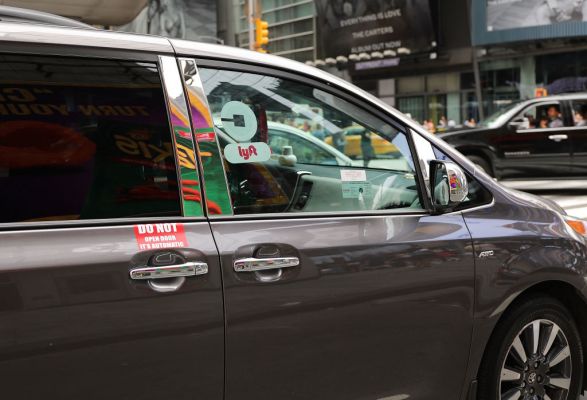 Uber is making calls to some of its customers in New York City, offering to connect them to local council members to express their opposition to the proposed legislation that would cap the number of ride-hailing drivers in the city, BuzzFeed first reported. Meanwhile, Lyft is also reaching out to its NYC-based riders, asking them to contact their local officials.

For context, the NYC city council is currently considering legislation that would limit the number of ride-hail drivers on the road. Specifically, the proposal wants to place a one-year hold on the issuance of new for-hire vehicle licenses, unless the vehicles are wheelchair accessible. 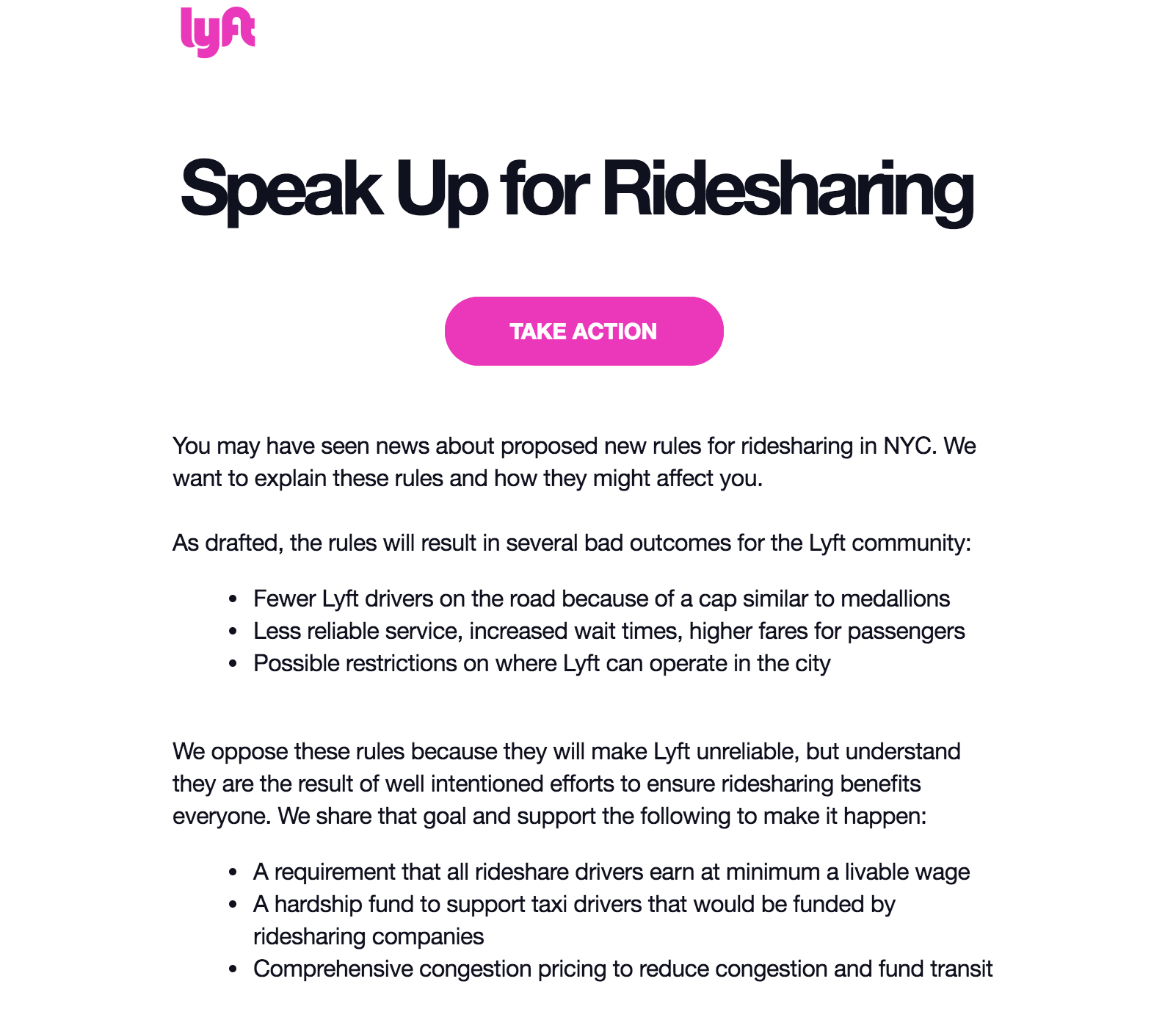 This legislation would affect Uber, Lyft, Juno and Via — all of which operate ride-hailing services in the city. The deadline to submit an amended version of the proposal is tonight at midnight, so the clock is ticking.

Anyway, some people seem to be a bit upset about receiving calls from Uber, but Uber Director of Public Affairs Jason Post told TechCrunch the calls are simply one of its tactics that is consistent with its terms of services.

Uber is not calling every single customer in the city, Post said, but the company is making enough calls to yield a few dozen calls per council member. Though, why people are answering calls from unknown numbers is beyond me.

Uber is also employing an in-app takeover that notifies passengers of the legislative landscape in NYC.

“Uber has launched an App takeover so New Yorkers can read the Council’s bills for themselves,” an Uber spokesperson said in a statement. “We believe New Yorkers will join us in supporting living wages for drivers and opposing a cap that will harm outer borough riders who have come to rely on Uber because of the unreliable, or non-existent subway.”

“Worst of all, the proposals prioritize corporate medallion owners above the overwhelming majority of New Yorkers,” a Lyft spokesperson said. “And while many are saying that this a cap would not diminish service, based on Lyft’s internal driver attrition trends, we believe the industry’s annual churn rate is at least 25%, meaning available drivers for New York City ride-share would shrink significantly within the next year if a cap were imposed, massively undercutting service levels across the board and in particular in outer-borough neighborhoods.”

Lyft’s VP of public policy, Joseph Okpaku, also noted in a Medium post that the cap would have even worse effects on communities of color.

“For communities of color, who, before the arrival of ridesharing, were denied equal transportation options, the impact will be felt even more strongly,” he wrote. “It will return us to the days when African-American and Latino New Yorkers had to worry whether they would get a ride every time they raised their hand to hail a cab.”