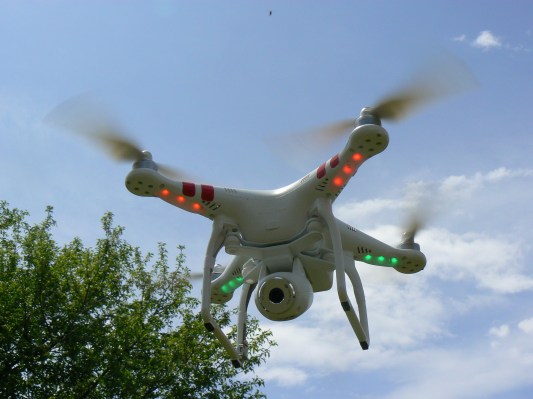 Bird strikes on aircraft may be rare, but not so rare that airports shouldn’t take precautions against them. But keeping birds away is a difficult proposition: how do you control the behavior of flocks of dozens or hundreds of birds? Perhaps with a drone that autonomously picks the best path to do so, like this one developed by CalTech researchers.

Right now airports may use manually piloted drones, which are expensive and of course limited by the number of qualified pilots, or trained falcons — which as you might guess is a similarly difficult method to scale.

Soon-Jo Chung at CalTech became interested in the field after seeing the near-disaster in 2009 when US Airways 1549 nearly crashed due to a bird strike but was guided to a comparatively safe landing in the Hudson.

“It made me think that next time might not have such a happy ending,” he said in a CalTech news release. “So I started looking into ways to protect airspace from birds by leveraging my research areas in autonomy and robotics.”

A drone seems like an obvious solution — put it in the air and send those geese packing. But predicting and reliably influencing the behavior of a flock is no simple matter.

“You have to be very careful in how you position your drone. If it’s too far away, it won’t move the flock. And if it gets too close, you risk scattering the flock and making it completely uncontrollable,” Chung said.

The team studied models of how groups of animals move and affect one another, and arrived at their own that described how birds move in response to threats. From this can be derived the flight path a drone should follow that will cause the birds to swing aside in the desired direction but not panic and scatter.

Armed with this new software, drones were deployed in several spaces with instructions to deter birds from entering a given protected area. As you can see below (an excerpt from this video), it seems to have worked:

More experimentation is necessary, of course, to tune the model and get the system to a state that is reliable and works with various sizes of flocks, bird airspeeds, and so on. But it’s not hard to imagine this as a standard system for locking down airspace: a dozen or so drones informed by precision radar could protect quite a large area.

The team’s results are published in IEEE Transactions on Robotics.