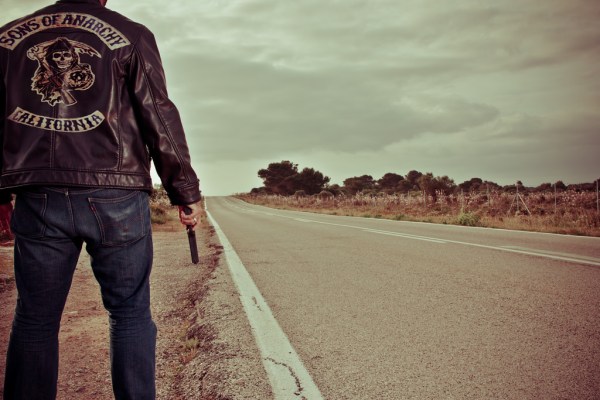 Employees at Tesla’s Nevada gigafactory were allegedly involved in a massive drug ring, stole $37 million worth of precious metals and equipment and illegally spied on former employees at the behest of chief executive Elon Musk, according to a new whistleblower complaint filed against the company.

First reported by Jalopnik, the complaint is only the latest in a string of damaging news stories that have erased millions in value for Tesla shareholders and could cast the future of the company’s celebrity chief executive, Elon Musk, into doubt.

It’s also the second whistleblower claim filed against the company this summer.

This time the whistleblower is Karl Hansen, a former member of Tesla’s internal security department and investigations division.

The complaint from Hansen, a former special agent, member of the US Army’s Criminal Investigation Command, and senior investigator for the Federal Maritime Commission, reads like a weird mashup of Sons of Anarchy, Silicon Valley and Scandal.

Hansen claims that Tesla failed to disclose a recent internal investigation the company made into a tip it received from the U.S. Drug Enforcement Agency and Storey County Sheriff’s Office that several of its gigafactory employees were part of “a narcotics trafficking ring involving the sale of significant quantities of cocaine and possibly crystal methamphetamine at the Gigafactory on behalf of a Mexican drug cartel from Sonora Mexico.”

According to a statement from Hansen’s legal counsel (Meissner Associates — the firm also representing Tesla’s other whistleblower, Martin Tripp), Hansen claims that he corroborated connections between the named employees and alleged members of the Mexican drug cartel, but Tesla refused to investigate the matter further and said it would hire “outside vendors” to follow up. Hansen says the company never did.

For its part, the Drug Enforcement Agency issued a statement to BuzzFeed saying that it would not inform any “non-law enforcement entities” of ongoing or pending investigations.

Drug smuggling may not be the wildest allegation in Hansen’s complaint. According to the summary from Meissner, Hansen also claims that Tesla installed eavesdropping and wiretapping equipment at its facilities and was illegally listening to conversations and scanning messages from Tripp at the behest of the company’s chief executive, Elon Musk .

Here’s the relevant section from the complaint:

According to Mr. Hansen, following Tripp’s departure from Tesla, Tesla went so far as to install specialized router equipment within its Nevada Gigafactory designed to capture employee cell phone communications and/or retrieve employee cell phone data. The Meissner firm recently released police reports relating to this past June’s GigaGate incident indicating that Tesla security personnel may have unlawfully accessed Mr. Tripp’s cell phone long after he was fired by Tesla. Mr. Hansen states that he was told these tactics were specifically authorized by CEO Elon Musk and were implemented by members of Tesla’s internal investigations/security/IT units.”

Finally, Hansen has said that the company never disclosed the theft of $37 million in precious metals and materials used in making the company’s batteries.

The release today follows disclosures from Tripp, the original gigafactory whistleblower, of damaged Tesla batteries that allegedly made their way into actual vehicles.

These disclosures, coupled with allegations of erratic behavior from Tesla chief executive Elon Musk, and the  nebulous plans to take the company private, have caused Tesla’s share price to slide over roughly $40 over the last two weeks, erasing nearly $6 billion in value from the company.

The full text of Meissner’s summary of the complaints their client is making is below. Mr. Meissner said that Hansen would not be conducting interviews. The Storey County Sheriff’s Department said they would issue a statement on the Meissner report this evening.

“Mr. Hansen’s allegations were taken very seriously when he brought them forward. Some of his claims are outright false. Others could not be corroborated, so we suggested additional investigative steps to try and validate the information he had received second-hand from a single anonymous source,” a spokesperson for Tesla wrote in an email. “Because we wanted to be sure we got this right, we made numerous attempts to engage further with Mr. Hansen to understand more about what he was claiming and the work that he did in reaching his conclusions. He rejected each of those attempts, and to date has refused to speak with the company further. It seems strange that Mr. Hansen would claim that he is concerned about something happening within the company, but then refuse to engage with the company to discuss the information that he believes he has.”

Unmuted founder Max van den Ingh on success beyond the metrics
On course for a good hacking
Kuda, the African challenger bank, raises $55M at a $500M valuation
Embodied AI, superintelligence and the master algorithm
It’s All About You: McAfee’s New All-Consumer Focus