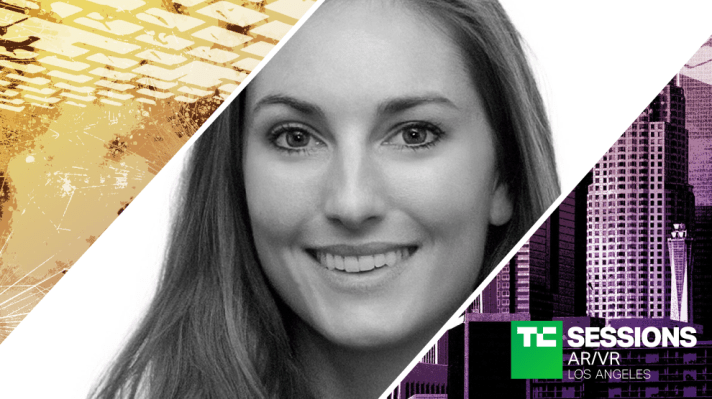 In 2016, it collaborated with Microsoft on HOLLAGRAM, beaming in a live hologram of MS executives during a HOLLAGRAM for a keynote at HackSC. The company’s technology has also been embraced by Intel. The chipmaker deployed VNTANA’s tech during its own keynote at Computex that same year.

Crowder cofounded the VNTANA in 2012, along with fellow USC grad (and current COO) Ben Conway. Before VNTANA, she worked at Gulfstream, Northrop Grumman and BP, utilizing her experience in manufacturing to help design the new company’s early offerings.

In 2013, the team sent a video of a hacked Kinect to Microsoft, demonstrating how the company’s popular hands-free controller could be used for gesture tracking and control with VNTANA’s holographic images. It was enough to gain the startup a place in Microsoft’s Early Developer and BizSpark programs.

These days, the company is focused on augmented and mixed reality experiences, topics Crowder will discuss at TC Sessions: AR/VR on October 18 at UCLA. The one-day event combines onstage conversations about augmented and virtual reality with in-person demos and networking.

Purchase your Early Bird tickets here for just $99 and you’ll save $100 before prices go up!

Students get a special rate of just $45 when they book here.