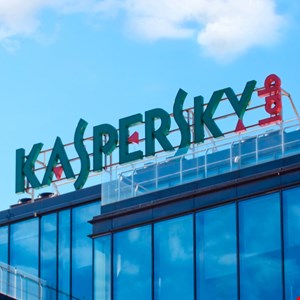 An analysis of ICS (industrial control systems) computers revealed a consistent increase in the percentage of attacks, according to a new ICS CERT report from Kaspersky Lab.

The Kaspersky Lab report, Threat Landscape for Industrial Automation Systems in H1 2018, indicated that 41.2% of ICS computers protected by Kaspersky Lab solutions were attacked by malicious software at least once in the first half of 2018, with the largest percentage of the attacks targeting Vietnam (75.1%), Algeria (71.6%) and Morocco (65%).

The data collected also showed that the safest regions for industrial machines were Denmark (14%), Ireland (14.4%) and Switzerland (15.9%). Countries that saw a significantly higher percentage of attacks were all within Africa, Asia and Latin America.

According to Kaspersky Lab experts, the percentage of ICS computers attacked was 36.61% during the first six months of 2017, which rose only slightly to 37.75% during the next six months. The continued growth, which rose to nearly 42% during 2018, is a concern for company experts.

“The percentage of cyber-attacks on ICS computers is a concern,” Kirill Kruglov, security researcher at Kaspersky Lab said in a press release. “Our advice is to pay attention to systems’ security from the very beginning of their integration when the systems’ elements are first connected to the internet. Neglecting security solutions at this stage could lead to dire consequences.”

Researchers found that the primary vector of infection for ICS computer attacks came from the internet. More than one-fourth (27%) came from the web, while only 8.4% were received through removable storage media, and an even smaller percentage (3.8%) came from mail clients.

The data collected also revealed different factors that affected the security of ICS computers. “Notably, all countries that, based on our data, had minimal percentages of ICS computers attacked, were classified by the International Monetary Fund as advanced economies,” the report stated.

“In addition, six of the ten countries that had the lowest percentage of ICS computers attacked – percentage of ICS systems attacked in regions of the world … the US, the UK, the Netherlands, Sweden, Switzerland and Israel – were among the TOP 20 countries according to Global Cybersecurity Index 2017 developed by the International Telecommunication Union (ITU).”