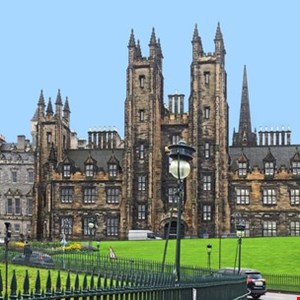 The website of Edinburgh University was still down at the time of writing after the institution suffered a major cyber-attack during its Freshers’ Week.

Service provider Jisc told local reporters that it believes the university’s is the only domain affected.

A spokesman told the Edinburgh Evening News that the university has “rigid measures in place” to protect IT systems and data.

“Our defenses reacted quickly and no data has been compromised,” he added. “We will continue to work with our internet service provider, [national cybercrime investigators] and with other universities to prevent these network attacks in future.”

The main ed.ac.uk site was still down on Thursday morning, nearly 24 hours after the first reports of an attack went online. That would indicate either a serious DDoS attack or potentially a ransomware-related outage.

Both are a common challenge for universities in the UK and US.

Last year, the Mirai botnet was observed carrying out a 54-hour DDoS blitz against an unnamed US university, launched from over 9700 IP addresses around the world.

Closer to home, an FOI-based report from SentinelOne a couple of years ago claimed that over half (56%) of the UK’s universities had been infected with ransomware over the previous 12 months.

Ironically, Edinburgh University was praised by the government this year for carrying out cutting-edge cybersecurity research. It is one of 14 Academic Centres of Excellence in Cyber Security Research, backed by the £1.9bn National Cyber Security Strategy.

DDoS attacks grew by 40% year-on-year in the first six months of 2018, according to new figures from Corero Networks.

The security firm claimed that attacks are becoming shorter — with 82% lasting less than 10 minutes — and smaller, with 94% under 5Gbps. However, one in five victims are hit with another attack within 24 hours, the report revealed.