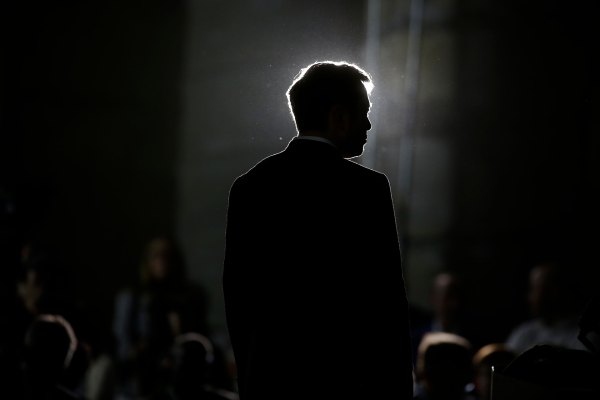 Now, investor James Anderson of the global asset manager Baillie Gifford tells Reuters that, as a shareholder, he was recently questioned by U.S. securities regulators about Musk’s famous — and possibly fateful — early August tweet that he was thinking of taking Tesla private and that he had “funding secured.”

Said Anderson to Reuters, “I don’t know what they’ll do with [Musk], but there’s no implication that we’ve done anything wrong . . . I think quite naturally they wanted to know whether major shareholders had any lead indication or knowledge of the tweet about ‘funding secured.’”

Because it isn’t talking, it’s impossible to know how seriously the SEC is looking into the chain of events that led to the tweet or what followed. As industry watchers likely know, days after making his surprising announcement, Musk elaborated on why he made it, writing in a post that he’d left a late July meeting with Saudi Arabia’s sovereign-wealth fund that gave him the impression that a deal to take Tesla private could close.

A tick-tock account by the WSJ of what happened behind the scenes during this period —  it was published shortly after Musk abandoned his take-private idea — said officials in the kingdom were “rankled” by the suggestion that the Saudis, who have quietly acquired up to 5 percent of Tesla’s shares this year, had made any kind of formal proposal.

Bruised feelings aside, Musk, it’s now plain, may be dealing with regulatory fall-out, too. And interestingly, much of what happens next may center not just on interviews with shareholders and Musk’s other communications, but on plain-old psychology.

Onstage, we asked Choi if, typically speaking, false statements are enough to prove fraud or whether there needs to be an accompanying scheme. “When you talk about fraud,” she answered, “you’re talking about a state of mind, you’re talking about mens rea. We call it scienter. You have to do something with intentionality. The idea of just making a misstatement doesn’t necessarily rise to the level of fraud. I think that’s what makes our investigations so challenging. I think the idea of trying to understand what’s in people’s heads can be very difficult.”

Misstatements can “be the first step to fraud,” Choi had added. “But generally, when we talk about fraud the F word, I think we are talking about a state of mind that’s a little bit higher than that.”