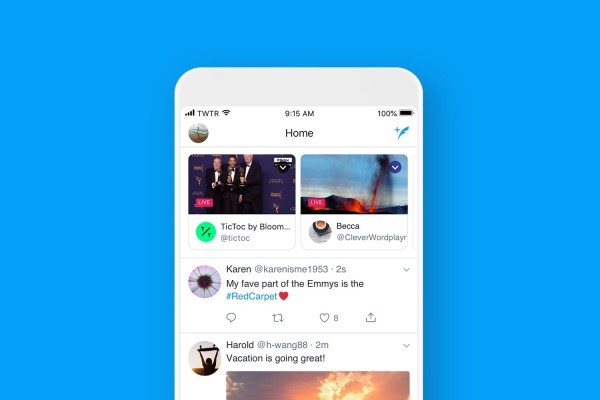 Twitter will now put live streams and broadcasts started by accounts you follow at the top of your timeline, making it easier to see what they’re doing in realtime.

In a tweet, Twitter said that that the new feature will include breaking news, personalities and sports.

The social networking giant included the new feature in its iOS and Android apps, updated this week. Among the updates, Twitter said it’s now also supporting audio-only live broadcasts, as well as through its sister broadcast service Periscope.

Last month, Twitter discontinued its app for iOS 9 and lower versions, which according to Apple’s own data still harbors some 5 percent of all iPhone and iPad users.