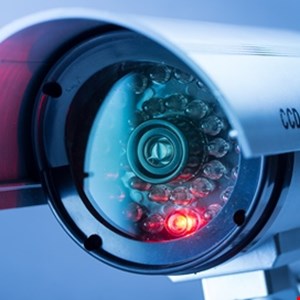 A Romanian woman has pleaded guilty to charges relating to a major ransomware operation which took out over two-thirds of the CCTV cameras in Washington DC ahead of President Trump’s inauguration.

Eveline Cismaru pleaded guilty to one count of conspiracy to commit wire fraud and one of computer fraud, with a potential combined maximum sentence of 25 years behind bars.

Cismaru, 28, and a co-defendant, Mihai Alexandru Isvanca, 25, were arrested in the Romanian capital of Bucharest in December last year, but Cismaru managed to escape to the UK, where she was re-arrested and extradited to the US.

According to the DoJ, she hacked 126 of DC’s Metropolitan Police Department (MPD) computers in early January last year, infecting them with ransomware demanding payment of around $60,800.

That put two-thirds of the MPD’s outdoor surveillance cameras out of action at a crucial time, just as the Secret Service was preparing security for the event. In the end, the CCTV camera system was back up-and-running by the time of the event and the security of the inauguration was not put in any danger.

Yet at the time of their arrest, the two co-conspirators were alleged to have been in the process of attacking nearly 180,000 other machines via stolen emails and passwords, and banking credentials, according to the DoJ.

The incident was another timely reminder of the continuing online threat posed by ransomware — which can sometimes spill over into the physical world.

Just last weekend, for example, Bristol Airport was hit by an attack which forced staff to resort to writing flight departure and arrival information on whiteboards.

Europol this week warned that ransomware would continue to remain the biggest malware threat to businesses around the world for several years.