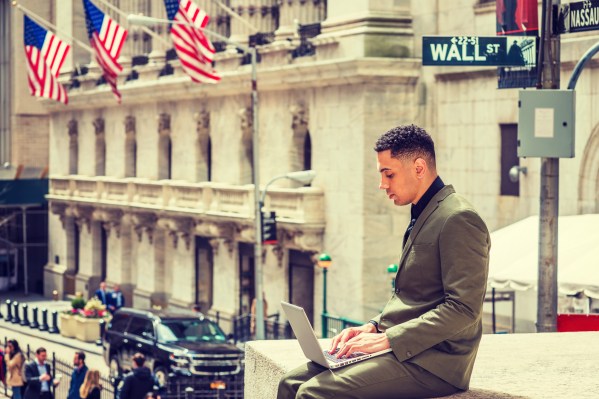 “There’s a huge chunk of people that never get noticed,” Chhugani told TechCrunch. “The best opportunities are usually only privy to people that are from those wealthy networks.”

Chhugani, a Bentley University graduate who began his career at Merrill Lynch, believes he was only able to break into Wall Street because the firm had a hole in its Latin America M&A group and he’d grown up in Ecuador.

He and his other non-Ivy League friends who are or have been employed on Wall Street, in venture capital or private equity, are lucky, he says. Despite being perfectly able to succeed, many people of similar backgrounds have had no such luck navigating the finance job market.

“The Lobby is creating the real meritocracy that we tell ourselves the job market is –– or at least should be,” said Matt Mireles in a statement. Mireles, a scout investor at Social Capital, invested personally in the seed round alongside Y Combinator, Ataria Ventures, 37 Angels, former Travelocity CEO Carl Sparks and Columbia Business School’s chief innovation officer Angela Lee.

Using The Lobby, job seekers can connect with professionals over anonymous 30-minute phone calls, where they can conduct mock interviews or fix-up their resumes. Insiders, who are paid by The Lobby’s customers, can give the honest truth about what it’s like to work in finance, a sort-of real-life Glassdoor .

As for the name, Chhugani says he can’t promise any of the startup’s customers a job, but he can promise to get them in the lobby.

“The ones who work really hard and deserve it will get up the stairs.”