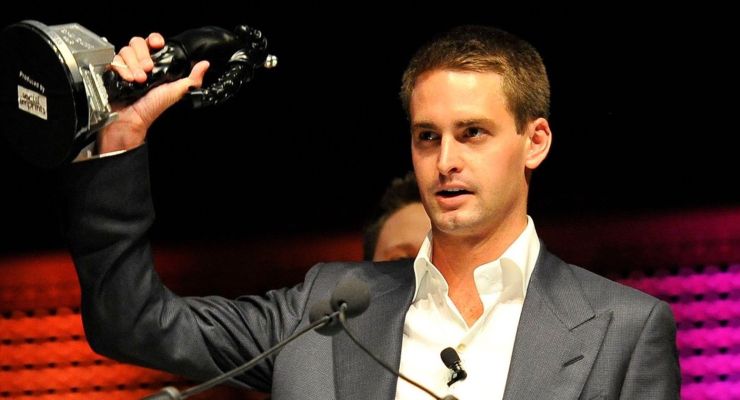 Adults, not teens. Messaging, not Stories. Developing markets, not the US. These are how Snapchat will make a comeback, according to CEO Evan Spiegel . In a 6,000-word internal memo from late September leaked to Cheddar’s Alex Heath, Spiegel attempts to revive employee morale with philosophy, tactics, and contrition as Snap’s share price sinks to an all-time low of around $8 — half its IPO price and a third of its peak.

“The biggest mistake we made with our redesign was compromising our core product value of being the fastest way to communicate” Spiegel stresses throughout the memo regarding ‘Project Cheetah’. It’s the chat that made Snapchat special, and burying it within a combined feed with Stories and failing to build a quick-loading Android app have had disastrous consequences. 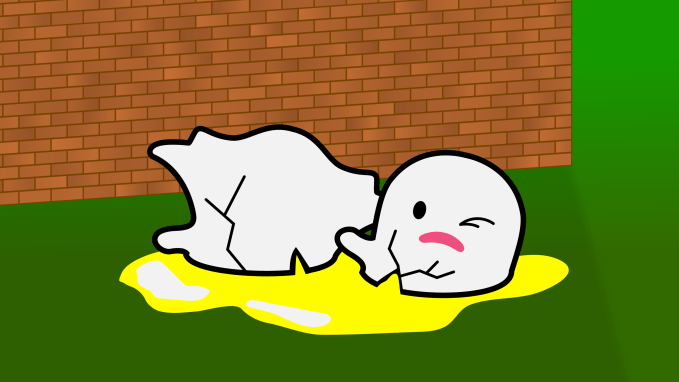 Spiegel shows great maturity here, admitting to impatient strategic moves and outlining a cohesive path forward. There’s no talk of Snapchat ruling the social app world here. He seems to understand that’s likely out of reach in the face of Instagram’s competitive onslaught. Instead, Snapchat is satisfied if it can help us express ourselves while finally reaching even meager profitability.

Snapchat may be too perceived as a toy to win enough adults, too late to win back international markets from the Facebook empire, and too copyable by good-enough alternatives to grow truly massive. But if Snap can follow the Spiegel game-plan, it could carve out a sustainable market through a small but loyal audience who want to communicate through imagery.

Here are the most interesting takeaways from the memo and why they’re important:

1. Apologizing For Rushing The Redesign

“There were, of course, some downsides to moving as quickly as a cheetah We rushed our redesign, solving one problem but creating many others . . . Unfortunately, we didn’t give ourselves enough time to continue iterating and testing the redesign with a smaller percentage of our community. As a result, we had to continue our iterations after we launched, causing a lot of frustration for our community.”

Spiegel always went on his gut rather than relying on user data like Facebook. Aging further and further away from his core audience, he misread what teens cared about. The appealing buzz phrase of “separating social from media” also meant merging messaging and Stories into a chaotic list that made both tougher to use. Spiegel seems to have learned a valuable lessen about the importance of A/B testing.

“Our redesigned algorithmic Friend Feed made it harder to find the right people to talk to, and moving too quickly meant that we didn’t have time to optimize the Friend Feed for fast performance. We slowed down our product and eroded our core product value. . . . Regrettably, we didn’t understand at the time that the biggest problem with our redesign wasn’t the frustration from influencers – it was the frustration from members of our community who felt like it was harder to communicate . . . In our excitement to innovate and bring many new products into the world, we have lost the core of what made Snapchat the fastest way to communicate.”

When Snap first revealed the changes, we predicted that “Teen Snap addicts might complain that the redesign is confusing, jumbling all content from friends together.” That made it too annoying to dig out your friends to send them messages, and Snap’s growth rate imploded, with it losing 3 million users last quarter. Expect Snap to optimize its engineering to make messages quicker to send and receive, and it even sacrifice some of its bells and whistles to make chat faster in developing markets.

“Your top friend in a given week contributes 25% of Snap send volume. By the time you get to 18 friends, each incremental friend contributes less than 1% of total Snap send volume each. Finding best friends is a different problem than finding more friends, so we need to think about new ways to help people find the friends they care most about.”

Facebook’s biggest structural disadvantage is its broad friend graph that’s bloated to include family, co-workers, bosses, and distant acquaintances.  That might be fine in a feed app, but not for Stories and messaging where you only care about your closest friends. With friend lists and more, Facebook has tried and failed for a decade to find better ways to communicate with your besties. This is the wedge through which Snapchat can attack Facebook. If it develops special features for luring your best friends onto the app and staying in touch with them for better reasons than just maintaining a Snap “Streak”, it could hit Facebook where it can’t defend itself.

“Our Shows continue to attract more and more viewers, with over 18 Shows reaching monthly audiences of over 10M unique viewers. 12 of which are Original productions. As a platform overall, we’ve grown the amount of total time spent engaging with our Shows product, almost tripling since the beginning of the year. Our audience for Publisher Stories has increased over 20% YoY, and we believe there is a significant opportunity to continue growing the number of people who engage with Discover content . . .We are also working to identify content that is performing well outside of Snapchat so that we can bring it into Discover. “

Discover remains Snapchat’s biggest differentiator, scoring with premium video content purposefully made for mobile. What it really needs, though, are a few must-see tentpole shows to drag in a wider audience that can get hooked on the reimagined digital magazine experience.

5. But Discover Is A Mess

“Our content team is working hard to experiment with new layouts and content types in the wake of our redesign to drive increased engagement.”

Snapchat Discover is an overcrowded pile of clickbait. News outlets, social media influencers, original video Shows, and aggregated user content collections all battle for attention in a design that feels overwhelming to the point of exhaustion. Thankfully Snapchat seems to recognize that more cohesive sorting with fewer images and headlines bombarding you might make Discover a more pleasant lean-back consumption experience. 6. Aging Up To Earn Money

“Most of the incremental growth in our core markets like the US, UK, and France will have to come from older users who generate higher average revenue per user . . . Growing in older demographics will require us to mature our application . . . Many older users today see Snapchat as frivolous or a waste of time because they think Snapchat is social media rather than a faster way to communicate. Changing the design language of our product and improving our marketing and communications around Snapchat will help users understand our value . . . aging-up our community in core markets will also help the media, advertisers, and Wall Street understand Snapchat.”

Snapchat can’t just be for cool kids anymore. Their lower buying power and lifestage make them less appealing to brands. The problem is that Snapchat risks turning off younger users by courting their older siblings or adults. If, like Facebook, users start to feel like Snapchat is a place for parents, they may defect in search of the next purposefully built to confuse adults to stay hip.

“We already have many projects underway to unlock our core product value in new markets. Mushroom allows our community to use Snapchat on lower-end devices. Arroyo, our new gateway architecture, will speed up messaging and many other services . . . It might require us to change our products for different markets where some of our value-add features detract from our core product value”

Sources tell me Snapchat’s future depends on the engineering overhaul of its Android app, a project codenamed ‘Mushroom’. Slow video load times and bugs have made Snapchat practically unusable on low-bandwidth connections and old Android phones in the developing world. The company concentrated on the US and other first-world markets, leaving the door open for copycats of Stories built by Instagram (400 million daily users) and WhatsApp (450 million daily users) to invade the developing world and dwarf Snap’s 188 million total daily users. In hopes of a smooth rollout, Snapchat is already testing Mushroom, but it will have to do a ton of marketing outreach to convince frustrated users who ditched the app to give it another try.

“We’re currently building software that takes the millions of Snaps submitted to Our Story and reconstructs parts of the world in 3D. We can then build augmented reality experiences on top of those models and distribute them as Lenses . . . If our innovation compromises our core product of being the fastest way to communicate, we should consider create [sic] separate applications or other ways of delivering our innovation.”

Snapchat has big plans for augmented reality. It doesn’t just want to stick animations over the top of anywhere, or create AR art installations in a few big cities. It wants to build site-specific AR experiences across the globe. And while everything the company has built to date has lived inside of Snapchat, it’s willing to spawn standalone apps if necessary so that it doesn’t bog down its messaging service. That could give Snapchat a lot more leeway to experiment.

9. The Freedom Of Profitability

“Our 2019 stretch output goal will be an acceleration in revenue growth and full year free cash flow and profitability. With profitability comes increased autonomy and freedom to operate our business in the long term best interest of our community without the pressure of needing to raise additional capital.”

Snapchat is still bleeding money, losing $353 million last quarter. Snapchat ended up selling 2.3 percent of its equity to a Saudi Arabian prince in exchange for $250 million to lengthen its rapidly shortening runway. And last year it took $2 billion from Chinese gaming giant Tencent. Deals like that could threaten Snapchat’s ability to prioritize its goals alone, not the moral imperatives or developer platforms that would benefit its benefactors. Once profitable, Snapchat won’t have to worry so much about struggling with short-term user growth and can instead focus on retention, societal impact, and its true purpose — creativity. 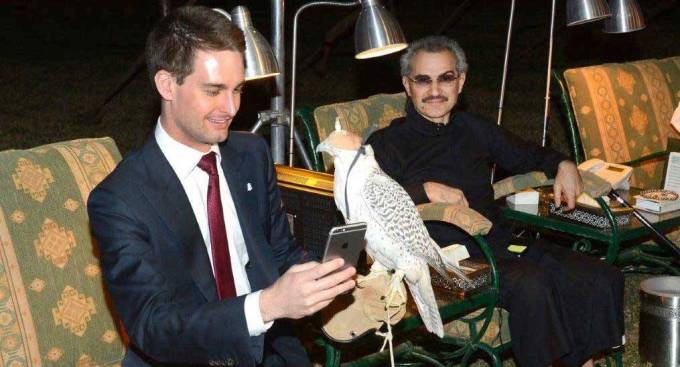