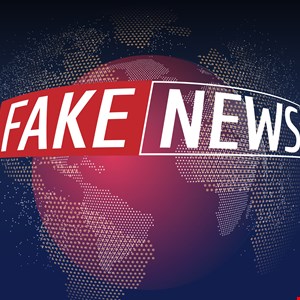 DNS security firm DomainTools ran a search on five of the UK’s most popular sites: BBC News, Sky News, ITV News and the websites of the Guardian and the Daily Mail newspapers.

Known as typo-squatting, this tactic typically relies on users to mis-type their favorite sites and in so doing end up on the fake version. Also known as URL hijacking, it can be used to generate revenue from pop-up ads, harvest user information, or even to covertly download malware to the victim’s machine.

In this case it appears that those behind the registrations are looking to spoof the news sites to peddle fake news.

DomainTools warned internet users to pay more attention to the URLs they’re visiting, by hovering over links to see where they’re being taken to. Sneaking extra letters into a well-known domain, such as Yahooo[.]com and using “rn” to appear like an “m” are common techniques, it claimed.

“These malicious domains are a kind-of double whammy, as they can be both engaged in the spread of fake news and in spreading malicious software,” argued DomainTools director of product management, Tim Helming.

“While malicious software can be damaging for the organization or the individual, fake news has a broader corrosive aspect, as it can damage the very institutions on which our democracies stand. These ideas can polarize and galvanize extreme forces in our country, ultimately ending as a threat to us all, especially where trusted news sources such as the ones above are concerned.”

Some 82% of cybersecurity professionals agree that fake news influenced the US election, according to a survey by the vendor at Black Hat last year. They argued that a combination of proper education (73%), social media filters (46%) and blacklisted websites (29%) could help prevent its spread.