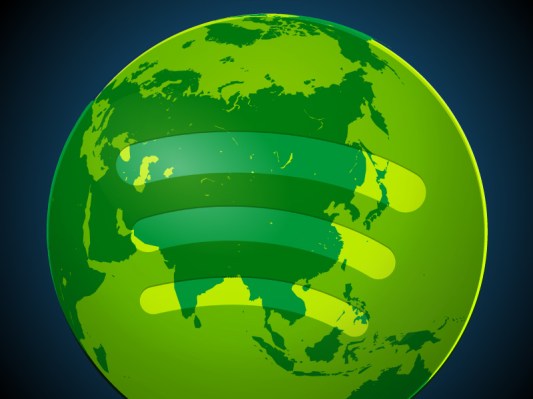 On Tuesday, Tencent Music Entertainment filed for an IPO in the US that is expected to value it in the $25-30 billion range, on par with Spotify’s IPO in April. The filing highlights just how different its social interaction and digital goods business is from the subscription models of leading music streaming services in Western countries.

That divergence suggests an opportunity for Spotify or one of its rivals to gain a competitive advantage.

Tencent Music is no small player: As the music arm of Chinese digital media giant Tencent, its four apps have several hundred million monthly active users, $1.3 billion in revenue for the first half of 2018, and roughly 75 percent market share in China’s rapidly growing music streaming market. Unlike Spotify and Apple Music, however, almost none of its users pay for the service, and those who do are mostly not paying in the form of a streaming subscription.

Its SEC filing shows that 70 percent of revenue is from the 4.2 percent of its overall users who pay to give virtual gifts to other users (and music stars) who sing karaoke or live stream a concert and/or who paid for access to premium tools for karaoke; the other 30 percent is the combination of streaming subscriptions, music downloads, and ad revenue.

At its heart, Tencent Music is an interactive media company. Its business isn’t merely providing music, it’s getting people to engage around music. Given its parent company Tencent has become the leading force in global gaming—with control of League of Legends maker Riot Games and Clash of Clans maker Supercell, plus a 40 percent stake in Fortnite creator Epic Games, and role as the top mobile games publisher in China—its team is well-versed in the dynamics of in-game purchasing.

At first glance, the fact that Tencent Music has a lower subscriber rate than its Western rivals (3.6 percent of users paying for a subscription or digital downloads vs. 46 percent paying for a premium subscription on Spotify) is shocking given it has the key ingredient they each crave: exclusive content. Whereas subscription video streaming services like Netflix, Hulu, and Amazon Prime Video have anchored themselves in exclusive ownership of must-see shows in order to attract subscribers, the music streaming platforms suffer from commodity content. Spotify, Apple Music, Amazon Music, YouTube Music, Pandora, iHeartRadio, Deezer… they all have the same core library of music licensed from the major labels. There’s no reason for any consumer to pay for more than one music streaming subscription in the way they do for video streaming services.

In China, however, Tencent Music has exclusive rights to the most popular Western music from the major labels. The natural strategy to leverage this asset would be to charge a subscription to access it. But the reality is that piracy is still enough of a challenge in China that access to that music isn’t truly “exclusive.” Plus while incomes are rising, there’s extraordinary variance in what price point the population can afford for a music subscription. As a result, Tencent Music can’t rely on a subscription for exclusive content; it sublicenses that content to other Chinese music services as an additional revenue stream instead.

“Online music services in China have experienced intense competition with limited ability to differentiate by content due to the widespread piracy.” Tencent Music, SEC Form F-1

This puts it in a position like that of the Western music streaming services—fighting to differentiate and build a moat against competitors—but unlike them it has successfully done so. By integrating live streams and social functionality as core to the user experience, it’s gaining exclusive content in another form (user-generated content) and the network effects of a social media platform.

Some elements of this are distinct to Tencent’s core market—the broader popularity of karaoke, for instance—but the strategy of gaining competitive advantage through interactive and live content is one Spotify and its rivals would be wise to pursue more aggressively. It is unlikely that the major record labels will agree to any meaningful degree of exclusivity for one of the big streaming services here, and so these platforms need to make unique experiences core to their offering.

Online social activities like singing with friends or singing a karaoke duet with a favorite musician do in fact have a solid base of participants around the world: San Francisco-based startup Smule (backed by Shasta Ventures and Tencent itself) has 50 million monthly active users on its apps for that very purpose. There is a large minority of people who care a lot about singing songs as a social experience, both with friends and strangers.

Spotify and Apple Music have experimented with video, messaging, and social streams (of what friends are listening to). But these have been bonus features and none of them were so integrated into the core product offering as to create serious switching costs that would stop a user from jumping to the other.

The ability to give tips or buy digital goods makes it easier to monetize a platform’s most engaged and enthusiastic users. This is the business model of the mobile gaming sector: A minority percentage of users get emotionally invested enough to pay real money for digital goods that enhance their experience, currency to tip other members of the community, or access to additional gameplay.

As the leading music platform, it is surprising that Spotify hasn’t created a pathway for superfans of music to engage deeper with artists or each other. Spotify makes referrals to buy concert tickets or merchandise —a very traditional sense of what the music fan wants—but hasn’t deepened the online music experience for the segment of its user base that would happily pay more for music-related experiences online (whether in the form of tipping, digital goods, special digital access to live shows, etc.) or for deeper exposure to the process (and people) behind their favorite songs.

Tencent Music has an advantage in creating social music experiences because it is part of the same company that owns the country’s leading social apps and is integrated into them. It has been able to build off the social graph of WeChat and QQ rather than building a siloed social network for music. Even Spotify’s main corporate rivals, Apple Music and Amazon Music, aren’t attached to leading social platforms. (Another competitor, YouTube Music, is tied to YouTube but the video service’s social features are secondary aspects of the product compared to the primary role of social interaction on Facebook, Instagram, and WhatsApp).

Spotify could build out more interactive products itself or could buy social-music startups like Smule, but Tencent Music’s success also suggests the benefits of a deal that’s sometimes speculated about by VCs and music industry observers: a Facebook acquisition of Spotify. As one, the leading social media company and the leading music streaming company could build out more valuable video live streaming, group music sharing, karaoke, and other social interactions around music that tap Facebook’s 2 billion users to use Spotify as their default streaming service and lock existing Spotify subscribers into the service that integrates with their go-to social apps.

Deeper social functionality doesn’t seem to be the path Spotify is prioritizing, though. It has removed several social features over the years and is anchoring itself in professional content distribution (rather than user-generated content creation), becoming the new pipes for professional musicians to put their songs out to the world (and likely aiming to disrupt the role of labels and publishers more than they will publicly admit). To that point, the company’s acquisitions—of startups like Loudr, Mediachain, and Soundtrap—have focused on content analytics, content recommendation, royalty tracking, and tools for professional creators.

This is the same race its more deep-pocketed competitors are running, however, and it doesn’t lock consumers into the platform like the network effects of a social app or the exclusivity of a mobile game do. It recently began opening its platform for musicians to add their songs directly—something Tencent Music has allowed for years—but this seems less like a move to a YouTube or SoundCloud-style user-generated content platform and more like a chess move in the game of eventually displacing labels. Ultimately, though, building out more social interaction around music will be critical to it in escaping the race with Apple Music and the rest by achieving more defensibility.