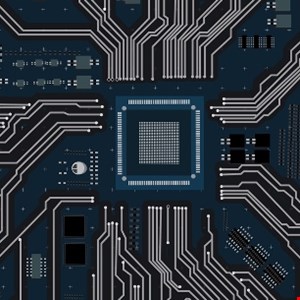 The Bloomberg story, which cites 17 unnamed sources including three at Apple and four US officials, claimed that the microchips were placed onto motherboards in Chinese factories subsequently assembled into servers by Supermicro.

These servers were apparently purchased by Apple, Amazon and around 30 other companies, and also used by the US and UK government — which could have given Beijing unprecedented access to corporate and state secrets.

Now the US Department of Homeland Security (DHS) and the GCHQ arm the National Cyber Security Centre (NCSC) have both joined Amazon, Apple and Supermicro in denying the claims.

“We are aware of the media reports but at this stage have no reason to doubt the detailed assessments made by AWS and Apple,” an NCSC statement sent to Reuters explained.

“The NCSC engages confidentially with security researchers and urges anybody with credible intelligence about these reports to contact us.”

A very similar statement was posted by the DHS over the weekend.

“The Department of Homeland Security is aware of the media reports of a technology supply chain compromise. Like our partners in the UK, the National Cyber Security Centre, at this time we have no reason to doubt the statements from the companies named in the story,” it noted.

“Information and communications technology supply chain security is core to DHS’s cybersecurity mission and we are committed to the security and integrity of the technology on which Americans and others around the world increasingly rely.”

Bloomberg is standing by its story, but whether its claims are true or not, they’ve ratcheted up the tensions between the US and China over trade, security and the global supply chain.