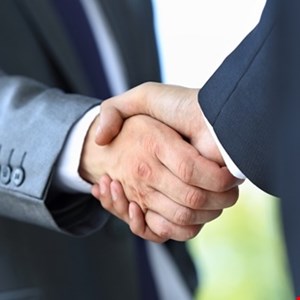 Centrify has spun out its Identity-as-a-Service (IDaaS) service into a new company, which it has named Idaptive.

The move will allow Centrify to move its focus to privileged access, as part of its strategy around the zero trust concept, while Idaptive’s offering includes single single-on, adaptive multi-factor authentication, enterprise mobility management and user behavior analytics as part of its Next-Gen access offering.

Tim Steinkopf will lead Centrify as CEO from January 1st 2019, while Danny Kibel, who currently leads development of Centrify’s IDaaS solutions as vice president of Engineering and Operations, will assume the CEO role at Idaptive effective January 1, 2019. Current Centrify CEO Tom Kemp will transition to an active strategic advisory role.

“The more we looked at our business, the clearer it became that a huge opportunity existed to create two organizations that can each better focus on innovation, accelerate their respective roadmaps, and ensure customer success,” said Steinkopf.

“As traditional network perimeters dissolve, organizations must discard the old model of ‘trust but verify’ that relied on well-defined boundaries. Zero Trust mandates a ‘never trust, always verify, enforce least privilege’ approach to privileged access, from inside or outside the network. This model, which we call Zero Trust Privilege, will be Centrify’s singular focus, leveraging years of innovation and leadership to secure the ‘keys to the kingdom’ for our customers.”

Kibel said that without intelligent access, companies risk poor security postures, data breaches and frustrated customers. “At Idaptive, we’re building this platform we call ‘Next-Gen Access’, ushering in a new generation of access technology that not only protects companies, but also leads to improved customer satisfaction.”

In an email to Infosecurity, Garrett Bekker, principal analyst in the information security practice at 451 Research, said that he expected to see both Centrify and Idaptive look to expand their capabilities both organically as well as potentially via M&A, considering the acquisition of Centrify by Thoma Bravo.

He added: “Centrify will continue on with a renewed focus on its flagship privileged access management business, where it will compete with the likes of CyberArk and now Bomgar, after having acquired Lieberman Software, Avecto and most recently, BeyondTrust, as well as One Identity. With respect to IDaaS and Idaptive, the market in recent years has really coalesced around a few vendors: Okta, Microsoft, OneLogin, Ping and with a new focus, Idaptive hopes to be a force here as well.”

However Andras Cser, VP and principal analyst security and risk management at Forrester Research, said he did not think it was a good move for Centrify, as while it does provide a better ability to compete with CyberArk and Bomgar with a separate focus, he felt that there would be a “loss of focus on business use to privileged user continuity.”