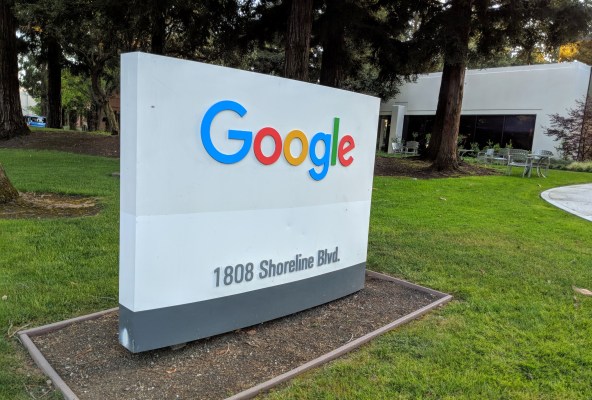 Google has dropped out of the running for JEDI, the massive Defense Department cloud computing contract potentially worth $10 billion. In a statement to Bloomberg, Google said that it decided not to participate in the bidding process, which ends this week, because the contract may not align with the company’s principles for how artificial intelligence should be used.

In statement to Bloomberg, Google spokesperson said “We are not bidding on the JEDI contract because first, we couldn’t be assured that it would align with our AI Principles. And second, we determined that there were portions of the contract that were out of scope with our current government certifications,” adding that Google is still “working to support the U.S. government with our cloud in many ways.”

Officially called Joint Enterprise Defense Infrastructure, bidding for the initiative’s contract began two months ago and closes this week. JEDI’s lead contender is widely considered to be Amazon, because it set up the CIA’s private cloud, but Oracle, Microsoft, and IBM are also expected to be in the running.

The winner of the contract, which could last for up to 10 years, is expected to be announced by the end of the year. The project is meant to accelerate the Defense Department’s adoption of cloud computing and services. Only one provider will be chosen, a controversial decision that the Pentagon defended by telling Congress that the pace of handling task orders in a multiple-award contract “could prevent DOD from rapidly delivering new capabilities and improved effectiveness to the warfighter that enterprise-level cloud computing can enable.”

Google also addressed the controversy over a single provider, telling Bloomberg that “had the JEDI contract been open to multiple vendors, we would have submitted a compelling solution for portions of it. Google Cloud believes that a multi-cloud approach is in the best interest of government agencies, because it allows them to choose the right cloud for the right workload.”

Google’s decision no to bid for JEDI comes four months after it reportedly decided not to renew its contract with the Pentagon for Project Maven, which involved working with the military to analyze drone footage, including images taken in conflict zones. Thousands of Google employees signed a petition against its work on Project Maven because they said it meant the company was directly involved in warfare. Afterward, Google came up with its “AI Principles,” a set of guidelines for how it will use its AI technology.

It is worth noting, however, that Google is still under employee fire because it is reportedly building a search engine for China that will comply with the government’s censorship laws, eight years after exiting the country for reasons including its limits on free speech.