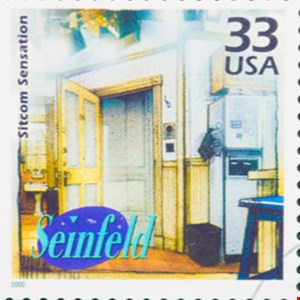 On October 11, 2018, WikiLeaks published AmazonAtlas, a 20-page document from late 2015 containing the addresses and operational details for more than 100 of Amazon’s data centers, one of which indicates an affinity for the comedy of Jerry Seinfeld.

In addition to revealing the information about the data centers, located in 15 cities across nine countries, WikiLeaks also created a map showing the exact locations of the centers. A center in Manassas, Virginia, operates under the pseudonym Vandalay Industries, a fictitious latex company made famous in a Seinfeld episode when an unemployed George Costanza assured the unemployment office that he was on the verge of landing a job.

According to WikiLeaks, “Amazon is known as Vandalay Industries on badges and all correspondence with building manager.” It’s not at all uncommon for Amazon to operate out of data centers that are owned by other companies. In fact, the intent is to have little to no indication that Amazon operates at the location, which lends to the secrecy of its whereabouts.

Though Amazon has long been a leading cloud provider for the intelligence community, the leaked locations could potentially compromise the company’s status as a leading contender for a $10 billion contract with the Department of Defense (DOD).

“Amazon is one of the only companies with the certifications required to host classified data in the cloud. The Defense Department is looking for a single provider and other companies, including Oracle and IBM, have complained that the requirements unfairly favor Amazon,” WikiLeaks wrote.

Prior to the leak, the locations of the cloud infrastructure controlled by Amazon were hidden. In revealing the locations, WikiLeaks also create the Quest of Random Clues, a puzzle game that encourages players to find the data centers while highlighting various concerns, one of which includes contracts with the intelligence community.

Infosecurity Magazine contacted Amazon for comment, but the company has not responded.

Automate app security with SaaS security posture management
Moving fast and breaking things cost us our privacy and security
Sequoia’s Mike Vernal outlines how to design feedback loops in the search for product-market fit
Windows “PetitPotam” network attack – how to protect against it
Apple emergency zero-day fix for iPhones and Macs – get it now!