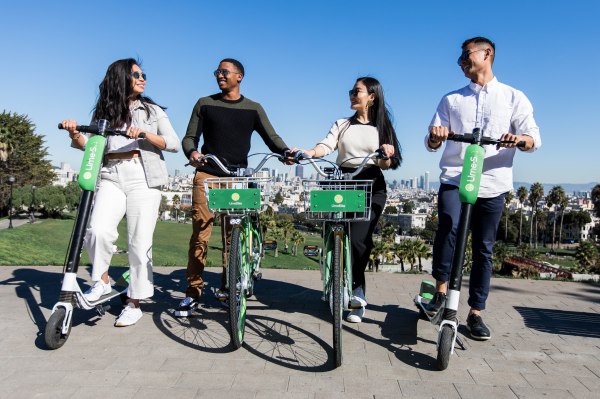 A judge today denied Lime’s request for a temporary restraining order that would block Skip and Scoot from deploying their electric scooters in San Francisco on Monday. This means San Franciscans will be able to use electric scooter services again first thing next week.

Following the SFMTA’s decision to grant Skip and Scoot electric scooter permits, Lime sent an appeal requesting the agency reevaluate its application. At the time, the SFMTA said it was “confident” it picked the right companies. Just yesterday, Lime said it believed “that it has no choice but to seek emergency relief in the court” and take legal action.

“We’re pleased the court denied Lime’s request for a temporary restraining order,” John Cote, communications director for City Attorney Dennis Herrera said in a statement to TechCrunch. “The bottom line is the judge said he would not stop the permits from being issued on Monday. The SFMTA’s permit program has been both fair and transparent. Lime just didn’t like the outcome. The reality is that Lime’s application fell notably short of its competitors. That’s why it didn’t get a permit. San Franciscans deserve scooter services that are safe, equitable and accountable, which is exactly what this pilot program was designed to do.”

While Lime didn’t quite get what it wanted, Lime says it still sees this as a victory. In a statement to TechCrunch, Lime Head of Communications Jack S. Song said:

The Honorable Harold E. Kahn voiced serious concerns about the San Francisco Municipal Transit Agency’s (SFMTA) permit process and ordered expedited discovery into the SFMTA’s selection process.  In a rare move, the Judge ordered five key SFMTA officials and staff — including Director of Transportation Ed Reiskin himself — to testify next week. There will be another public hearing on this issue before Judge Kahn in mid-November, where the SFMTA will be required to answer to the people of San Francisco, and explain exactly what happened in the SFMTA’s biased selection process.

We look forward to having our preliminary injunction request heard in the coming days — to ensure that the people of San Francisco receive a transparent, fair and equitable process that best serves the entire City and County.

Our decision to file this lawsuit was not about preventing other operators from going forward; it was about exposing the biased and flawed process of the SFMTA, standing up for the rule of law, and serving Lime’s hometown.