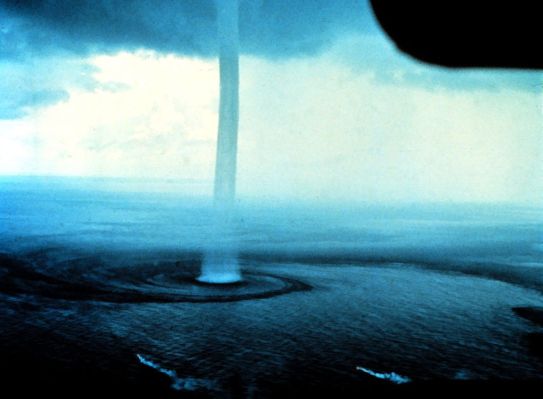 In 1883, Krakatoa erupted, spewing volcanic ash and gas into the stratosphere, making clouds more reflective and cooling the entire planet by roughly 1° C that year. In 2018, the UN reported that human activity has already raised Earth’s temperature by 1°, and if we don’t do something drastic soon, the results will be catastrophic.

The optimal solution is staring us in the face, of course; reduce carbon emissions. Unfortunately this optimal solution is politically untenable and extremely expensive. A decade ago McKinsey estimated it would cost $1 trillion just to halve the growth of carbon emissions … in India alone. That’s still less than the cost of doing nothing — estimated at $20 trillion by Nature, which doesn’t include its toll on human lives — but it’s a cost which seems to make the necessary political decisions impossible.

The analysts … concluded that it was just human nature and you couldn’t fix it, and so they went for a quick cheap technical fix

There is another option. The root problem we face is not carbon concentrations but atmospheric temperature. There are other negative side effects of carbon emissions, like ocean acidification, but the temperature is the big one. We already know how to cool the planet without reducing carbon. The solution is so simple it’s almost laughable: just make our clouds a little more reflective, so they reflect more of the sun’s light, and thus reduce our heat. Volcanoes like Krakatoa do it all the time:

When Mount Tambora erupted in Indonesia in 1815 and spewed sulfur dioxide into the stratosphere, farmers in New England recorded a summer so chilly that their fields frosted over in July. The Mount Pinatubo eruption in the Philippines in 1991 cooled global temperatures by about half a degree Celsius for the next few years. A sulfur-aerosol project could produce a Pinatubo of sulfur dioxide every four years. The aerosol plan is also cheap—so cheap that it completely overturns conventional analysis of how to mitigate climate change.

Now, is this a good idea? Probably not. In the case of sulfur dioxide, definitely not; it will come back down as acid rain. But it’s worth noting that this solution is so (relatively) cheap, estimated at less than a billion dollars a year, that an individual nation — or, heck, even an individual; that’s less than Jeff Bezos spends on Blue Origin each year — could make it happen. The classic example is the low-lying, high-population nation of Bangladesh. At some point, it will become cheaper for Bangladesh to singlehandedly cool down the world with sulfur dioxide than to pay for the costs of climate change. Why would they not choose to do so?

There are better geoengineering solutions. Simple seawater could brighten marine clouds with the same effect … for more money. But in general, is geoengineering a good idea? Again, probably not. Proponents of cloud seeding say it will easily cool the earth back down to “normal” levels. Skeptics armed with climate models say it’s much more complicated than that; the atmosphere is a chaotic system, and the results will be localized, regional, and disruptive.

(Using iron fertilisation to generate plankton blooms that siphon carbon dioxide from the atmosphere has also been suggested, but it should go without saying that messing with the global oceanic ecosystem is also likely to have, at best, emergent properties.)

People do generally concede that cloud manipulation is a better idea than doing nothing at all, in that at least it would buy us 25 years or more in which to build (waves hands furiously) some kind of biotech carbon sink — with the caveat that, once we start seeding clouds, we can’t stop, because if we do, all the global warming we’ve been fending off will hit at once, in a huge hurry. Numbers like “a rate of up to 4°C per decade, or 20 times faster than at present” are bandied about. Needless to say this would be beyond catastrophic. If we were to start geoengineering, we couldn’t stop.

And yet. I keep seeing thoughtful, intelligent people talking about it as not so much an option but an inevitability. Matt Ocko. Matt Bruenig. Other people not named Matt. I heartily recommend this excellent Gizmodo column by Dave Levitan for more on the subject:

The latest IPCC report found that the world could reach 1.5 degrees Celsius of warming by 2030. Keeping it from soaring beyond that level and into the realm of the catastrophic “would require rapid, far-reaching and unprecedented changes in all aspects of society.” Does that sound like something humans are remotely planning on doing, given what we have seen to this point? I hate to borrow from a fictional version of Mark Zuckerberg, but if we were going to solve climate change, we would have solved climate change.

He’s right. Doing nothing is not an option, or, at least, for nations like Bangladesh, it’s not going to stay an option for long. Doing the right thing as a species appears not to be an option either. That leaves us with this ugly hack. Sorry. On behalf of engineers everywhere, I apologize. But sometimes our managers leave us with no other choice.