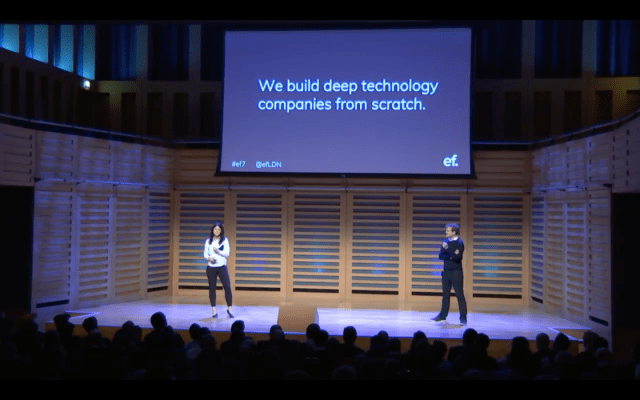 Entrepreneur First (EF), the London-HQ’d company builder that invests in individuals “pre-team, pre-idea” to enable them to found new startups, is scaling up rapidly, as it promised to so. Already running programs in Paris, Berlin, London, Singapore, and Hong Kong, the so-called talent-first investor is setting up shop in Bangalore, India.

Although referred to as the “Silicon Valley of India,” Bangalore fits the EF bill quite well in terms of being a tech hub with latent potential, especially when measured by the small number of truly international startups it has produced. What’s also interesting — and something EF co-founder Matt Clifford noted on a brief call with me on Friday — is that India has long-been a source for tech talent generally but this has often been an export industry, spanning prominent leaders of major U.S. tech companies, right down to traditional development outsourcing. “It’s out chance to help reverse the brain drain,” is one way that Clifford framed it.

With that said, EF also notes that, according to Startup Genome, Bangalore’s startup ecosystem is valued at $19 billion, with an estimated 1,800-2,300 active tech startups. “The past decade has seen it shift from a purely skill-based factory model to a more startup mindset. There is a genuine interest in tech and an ability to attract highly skilled tech workers,” says the company builder.

To that end, EF will invest around $55,000 in each of the companies developed during its bi-annual Bangalore program, while also providing cohort members a monthly stipend of $2,500 as they develop their startup ideas in the first three months. Segments that EF will primarily focus on include defensible technology, AI, machine learning, and robotics, in addition to any opportunities spotted for deep tech consumer companies in India. Graduating startups from EF Bangalore will pitch to “leading regional and global investors” at Investor Day in Singapore next July, alongside counterparts from EF’s Hong Kong and Singapore programs.

Meanwhile, the latest EF expansion follows a $12.4 million funding round in 2017 led by Silicon Valley’s Greylock Partners, which also saw Greylock’s Reid Hoffman join the company builder’s board. The capital — to be used for operational purposes and separate from EF’s multiple investment funds — was raised to enable EF to scale its program in multiple tech startup/academic hubs around the world, and where it deemed the EF “secret sauce” can bring the most value. (Separately, I’m hearing EF is on the verge of closing a new, quite large investment fund.)

At the time of Greylock’s backing, Hoffman told TechCrunch he could see the company builder expanding to “20 or 30 or 40 cities, maybe even 50“. Having now reached six cities, that is starting to look a lot less lofty, even if it is far from proven how smooth scaling a company builder in the image of EF can be.