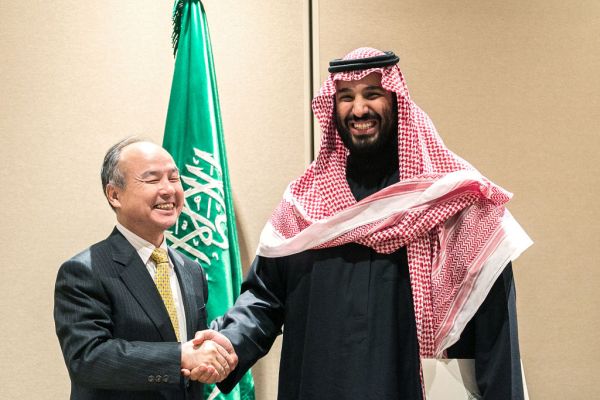 It’s amazing how quickly things can change. Exactly a week ago, we wondered if Saudi Arabia’s money might finally become radioactive in light of the disappearance of Saudi journalist and Washington Post columnist Jamal Khashoggi. Almost no one who we reached for comment wanted to participate in the story, though behind the scenes, we heard the same things from different sources who have a vested interest in keeping the peace with the country and its Crown Prince Mohammed bin Salman: There is no proof.  We’re waiting to see what happens. You’re naive if you think this is the only regime that both funds Silicon Valley and tortures its own people. I would rather scale my company using Saudi money then cap my opportunity by trying to ensure that my funding sources are pure.

In fairness, Silicon Valley companies are used to getting away with a lot. Outrage over one perceived calamity often dissipates quickly as it’s replaced by another. No doubt a week ago, there was an expectation that the media would move on from the journalist who vanished inside the Saudi consulate in Turkey one October afternoon.

Yet the Khashoggi story has not faded away. In stark contrast, it just became so graphic that to ignore it is no longer an option. Consider: according to a senior Turkish official who earlier today described details from audio recordings to the New York Times, almost immediately after Khashoggi walked into the consulate, Saudi agents seized him and began to beat him and torture him, cutting off his fingers as he screamed, then cutting off his head and dismembering his body. According to this same Turkish official, it was suggested by a doctor of forensics who’d been brought along for the dissection that the agents put on headphones and listen to music as they worked.

That isn’t enough for President Trump, who has defended the crown prince, known as MBS, as having been unfairly accused. However, Softbank — the Japanese conglomerate that has been shoveling billions of dollars of Saudi dollars into tech and other companies — seems to be having second thoughts. According to the Financial Times, Softbank’s COO Marcelo Claure has said for the first time that there is “no certainty” that SoftBank will launch another Vision Fund, the $93 billion vehicle it is currently investing and that received roughly half of its capital from MBS and company.

SoftBank is “watching developments” to “see where this goes,” Claure added.

If Softbank or other recipients of Saudi Arabia’s capital are hoping for a surprising turn of events, they should watch what they wish for. If there’s a twist at all, it may well be that a journalist who many in Silicon Valley had never heard of until two weeks ago causes its long economic boom to bust.

It may sound farfetched; it isn’t. Consider that a huge percentage of the money flowing into Silicon Valley in recent years has come from the kingdom. That’s been just fine with founders and investors, who’ve grown fat and happy off that flow of capital. Indeed, while some have suggested these sophisticated businesspeople were somehow tricked by the charming price, we think it as likely that they had a very different rationale: that if and when the market turned, it would be Saudi Arabia left holding the bag.

In the meantime, that money has sustained countless startups with round after round of funding. In tandem, rounds sizes have gone up. The amount of money that VCs manage has gone up. The number of years that it takes venture-backed companies to go public has gone up. In many ways, Saudi Arabia has changed the very nature of the venture industry.

Without it — and it’s going to be pretty hard to return to that well now — startups will have to look elsewhere. Some might try their luck on the public markets. Presumably, many others will fail — finally.

It could be well be the end of an era, and how strange to think it started when one man entered a consulate to obtain marriage license papers, never to be seen again.