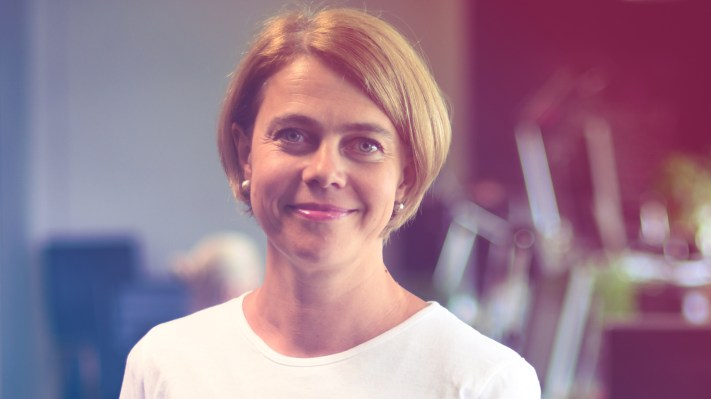 Startup funding hasn’t changed much in the past decade. Funderbeam is an interesting company trying to turn everything upside down using a marketplace approach, a modern syndication system and a blockchain-based platform. I’m excited to announce that Funderbeam founder and CEO Kaidi Ruusalepp will come to TechCrunch Disrupt Berlin.

The first boom of venture capital of the 1980s changed everything in the tech industry. Countless of tech startups managed to get funding, grow and make money down the road. Without venture capital firms, some of the biggest tech firms out there just wouldn’t be around.

Arguably, convertible notes and accelerators turned startups into a mainstream phenomenon. It became much easier to get seed funding and some sort of mentorship.

But it hasn’t changed much since then. Funderbeam has some ambitious goals as the company wants to change everything by adding more transparency and liquidity into private funding.

Funderbeam combines multiple products into one. As a startup, you can use Funderbeam to raise your next funding round. Funderbeam acts as a marketplace so that angel investors can invest in your startup. As a business angel, you can invest in a syndicate.

The startup is also building a secondary market so that early investors in a company can sell shares to newer investors. And Funderbeam also compiles all its data on startups to create a database of financial information on startups.

Buy your ticket to Disrupt Berlin to listen to this discussion and many others. The conference will take place on November 29-30.

In addition to fireside chats and panels, like this one, new startups will participate in the Startup Battlefield Europe to win the highly coveted Battlefield cup.

Founder and CEO of Funderbeam, the global funding and trading platform of private companies built on blockchain. Funderbeam combines three stages of investor journey into one: startup analytics, investing, and trading on the secondary market. Powered by blockchain technology, the marketplace delivers capital to growth companies and on-demand liquidity to investors worldwide.

Member of Startup Europe Advisory Board at European Commission. Kaidi is a former CEO of Nasdaq Tallinn Stock Exchange and of the Central Securities Depository. Co-Founder of Estonian Service Industry Association. The first IT lawyer in Estonia, she co-author of the Estonian Digital Signatures Act of 2000 — landmark legislation that enables secure digital identities and, in turn, the country’s booming electronic economy.

Kaidi was named as an Entrepreneur of a Year in 2018 by the Playmakers Technology Award and as a Person of a Year in 2016 by the Estonian IT and Telecommunication Association. Co-author of #Foundership Playbook and mentor of various girls and women in tech initiatives.

Tracers in the Dark: The Global Hunt for the Crime Lords of Crypto
Atlassian’s Jira Software Found Vulnerable to Critical Authentication Vulnerability
Is that survey real or fake? How to spot a survey scam
Key takeaways from ESET’s new APT Activity Report – Week in security with Tony Anscombe
VC Mark Crane explains how to raise funding beyond Silicon Valley