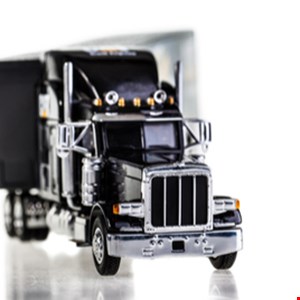 Late last week, members of the congressional staff had an opportunity to engage in cybersecurity training through the hands-on exercises brought to them, quite literally, by IBM’s X-Force command cyber-tactical operations center (C-TOC) – a first-of-its-kind mobile security operations center.

With a focus on delivering response training and preparedness, onsite cybersecurity support and education and awareness, the mobile command center will be on tour throughout 2019, attending various events, as well as visiting schools and government facilities across the U.S. before it heads to Europe.

Modeled after the military’s tactical operations centers, these mobile facilities have also been used by first responders as incident command posts. Fully operational, the IBM X-Force C-TOC is a security operations center (SOC) on wheels.

A sleek, black tractor-trailer adorned with a blue “X,” the C-TOC is large enough to accommodate two dozen security staff members. It comprises a gesture-controlled cybersecurity “watch floor,” data center and conference facilities and can be deployed in a variety of environments with its self-sustaining power and satellite and cellular communications. In addition, the C-TOC brings both a sterile and resilient network for investigation and response and a state-of-the-art platform for cybersecurity training.

“Experiencing a major cyber-attack is one of the worst crisis a company can face, and the leadership, skills and coordination required is not something you want to test out for the first time when you’re facing a real attack,” said Caleb Barlow, vice president of threat intelligence, IBM Security, in a press release.

“Having a mobile facility that allows us to bring realistic cyber-attack preparation and rehearsal to a larger, global audience will be a game changer in our mission to improve incident response efforts for organizations around the world.”

By engaging in real-time, simulated cyber-attacks, security teams can use the C-TOC to evaluate their incident response plans through three gamified challenges. including Ox Response Challenge, OpRed Escape and Cyber War Game.