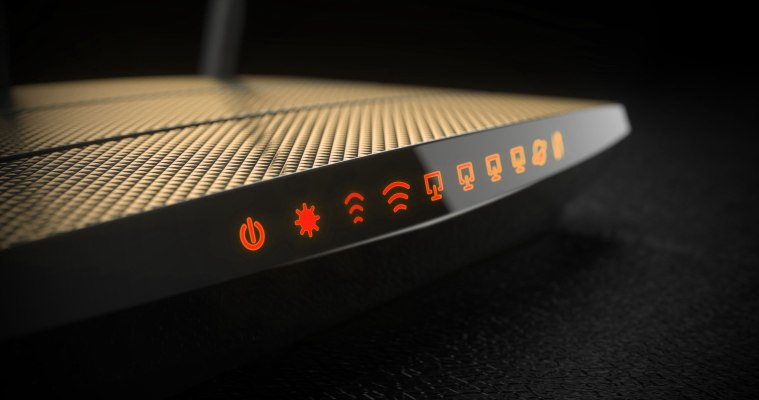 More and more, the internet is delivered wirelessly, but as bandwidth demand grows in each home  — multiple TVs, smart devices, tablets and phones — current Wi-Fi standards are starting to fall short. Fortunately the FCC and wireless industry are prepared for this, and the former has just officially proposed opening up a wide swathe of spectrum to bring our Wi-Fi systems up to gigabit level.

Many of the devices we use now operate on what’s called “unlicensed” bands of spectrum, so called because they’re not set aside specifically and tightly regulated, like military or official broadcast bands. Instead the industry was allowed to make what they could out of a set of frequencies as long as they did so within reason, and it’s been a roaring success, promoting both competition and cooperation.

Still, there’s not a lot of room to move right now and as you may have noticed there’s quite a bit of interference because of the dozens of networks that are soaking you and your phone right now — we could use more spectrum to fit more channels and higher-speed networks, among other things.

That’s the purpose of the FCC proposing opening up what’s generally called the 6 gigahertz band — 5,925 to 7,125 MHz — for similar purposes.

The agency’s official proposal isn’t public yet, but the commissioners all seem optimistic about it, and the wireless industry has already been meeting with them regarding how it should look. Everyone has a few pony requests in, like making sure small wireless wireless providers aren’t inconvenienced by a complicated approval process, or making sure it’s open to consumer purposes, not just commercial ones. They’ve all got blog posts or statements, which are all pretty much the same thing: Wi-Fi is important, we applaud the decision, etc.

6 GHz isn’t completely untenanted; there are existing applications that new devices and standards will have to work around, but that’s par for the course.

“It’s an ideal place to explore Wi-Fi expansion because it’s close to our existing Wi-Fi bands,” commented Commissioner Jessica Rosenworcel in a statement issued today. “It also offers an opportunity to introduce wider channels—channels that will be able to take advantage of the new 802.11ax or Wi-Fi 6 standard and deliver speeds even faster than 1 gigabit per second. In other words, this is how we develop next-generation Gigabit Wi-Fi.”

She pointed out, however, that there are lots of other opportunities in other bands — 3.5 and 5.9 GHz — that the FCC is not pursuing with adequate vigor. It’s not just laptops and phones that need wireless connections now, after all; new classes of devices like security cameras, smart appliances, and all that rigmarole need to be on the network, but it’s a bit silly to put them on the same bands you use for gigabit downloads and 4K streaming.

It’s not clear yet when the actual proposal will be made public but I’ll update this post or write a new one when that happens.