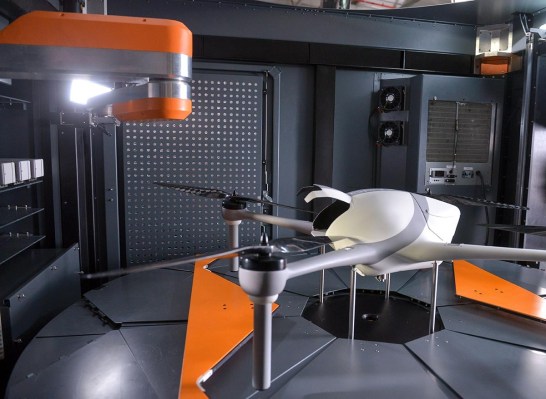 Airobotics, the developer of automated drones that can fly without a pilot, has raised $30 million in a new round of financing.

The new funding will be used to boost the company’s manufacturing efforts to meet new demand and help with the development of the company’s global headquarters in Arizona as it looks to capitalize on interest from mining companies in North and South America.

“Streamlining manufacturing to achieve growth and scale is what this funding is to be used for,” according to the company’s chief executive officer and co-founder Ran Krauss.

As the company looks to increase manufacturing, it will likely confine its efforts to the U.S., given the constraints that the Airobotics has on its potential vendors and supply chain thanks to its involvement in the defense industry.

Krauss would not comment on whether the company is doing any work with the U.S. Department of Homeland Security or the much-maligned Immigrations and Customs Enforcement and U.S. Customs and Border Patrol, but ICE has expressed interest in acquiring drone technologies and the company has been pushing hard into the homeland security market (indeed it was a centerpiece of the company’s last $32.5 million round in 2017).

“We are deepening our work in the mining industry in Australia and in the U.S. [and] the next step is to be active in smart cities,” said Krauss.

The company’s mining operations span the globe with deployments through the mining giant BHP in Arizona, South 32 in Australia, Vale in Brazil and additional work in Chile.

“We are looking very seriously into the United States because of our scale. Mining is a significant market in the U.S. and also… flights in cities which is something we’re looking to in two years,” said Krauss.

Airobotics is also making money from contracts doing security and facilities management for companies like Intel, where it is already deployed in one of the company’s large semiconductor fabrication facilities.

The company was the first company in the world to be granted authorization to fly fully automated drones without a pilot, as licensed by the Civil Aviation Authority of Israel (CAAI).

“We have a strong business pipeline and to keep up with demand for our technology, we are continuing to expand operations across the countries in which we operate, specifically our new headquarters in the U.S,” said Krauss in a statement. “Additionally, the new funding will drive our continuous work with Aviation Authorities to obtain BVLOS (Beyond Visual Line of Sight) Certificate of Waiver in every geography we operate in, including in the U.S.”

The new financing was led by Pavilion Capital, a Sino-U.S. investment firm based in New York. Previous investors including Blue Run Ventures China, Charles River Ventures and OurCrowd, as well as additional private investors, also participated in the funding.