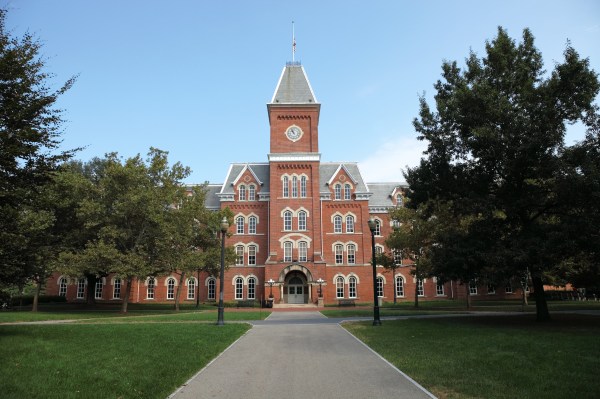 LinkedIn has created and — with 562 million users — leads the market in social platforms for people who want to network with others in their professions, and look for jobs. Now a startup that hopes to take it on in a specific niche — university students and recent grads, with a focus on diversity and inclusion — has raised a substantial round to grow. Handshake, a platform for both students looking to take their early career steps and employers who want to reach them, has raised $40 million in a Series C round of funding, after hitting 14 million users in the U.S. across 700 universities, and 300,000 employers targeting them.

The company is now valued at $275 million post-money, according to figures from PitchBook, a big leap on its valuation at the Series B stage two years ago, when it was valued at $108 million.

The funding is notable not just for that valuation hike — and the implication that many think it could give Microsoft-owned LinkedIn a run for its money among 20-somethings — but for who is doing the backing.

The round was led by EQT Ventures, the investment arm of European holding company and PE firm EQT, with participation also from several investment organizations that have put a focus on backing interesting startups in the education sphere, including the Chan Zuckerberg Initiative, Omidyar Network, Reach Capital; as well as True Ventures, Kleiner Perkins, Lightspeed Venture Partners, Spark Capital and KPCB Edge. Several of these are repeat investors and the total raised by Handshake — not to be confused with the B2B e-commerce platform of the same name — to $74 million.

To date, Handshake has only been active in the U.S. The company was founded in 2014 originally named Stryder by three graduates of the University of Michigan — Garrett Lord (currently the CEO), Scott Ringwelski (CTO) and Ben Christensen (a board member). The plan is to use the new funding to expand into more markets like Europe, using EQT’s network of businesses in the region to help it along.

LinkedIn has been making a lot of efforts over the years to court younger users and bring them into the LinkedIn fold earlier.

In 2013, the company lowered its minimum age for users to 13 and launched dedicated pages for universities. In 2014, LinkedIn started to add in more tools for younger users to connect with universities and their university-related networks on the platform. And through various e-learning efforts, LinkedIn has been trying to create a bridge between the kind of learning you might do at university, and what you might do after you leave to further your career.

The behemoth also started to take baby steps into providing more insights into diversity for those doing hiring, by letting recruiters examine search results by gender; and by providing bigger insights into the wider pool of people on LinkedIn.

Part of the reason for the baby steps, I’m guessing, is that LinkedIn simply lacks the data from its users to do more faster, and so that leaves a lot of room for a rival to step in.

In that vein, it seems Handshake is trying to position itself as a platform that is considering and thinking about how to address diversity from the ground up, as a native part of its platform while it is still small and growing.

Part of this involves working with more than 100 minority-serving institutions, which include Historically Black Colleges and Universities, and Hispanic Serving Institutions in the U.S.

And it includes more search features for recruiters to search using more specific parameters in the effort to make more diverse hiring choices. “Candidates who might not have the right connections or privileged background can get in front of Fortune 500 companies,” the company notes.

“Our Handshake community is tackling the so-called ‘pipeline problem’ head on. Skilled students are on every campus in every corner of the country and we’re proud to help employers discover, recruit and hire up-and-coming talent from all backgrounds,” said Garrett Lord, Handshake Co-Founder and CEO, in a statement. “Students around the world experience the same inequality in the recruiting process, so we’re excited to partner with Alastair Mitchell” — the EQT partner leading the investment — “and EQT Ventures to expand our impact beyond the United States.”

That’s not to say that inclusion and diversity are the only issues that Handshake is tackling.

The company cites a 2018 Strada-Burning Glass Study that says more than 43 percent of graduates are underemployed — either not earning their full potential, or doing a job that doesn’t utilise their skills — in their first job out of college . “Of those who graduate underemployed, 50% remain underemployed 10 years after graduation.” There is, in other words, a big employment gap specifically with recent grads, and while many will land plum positions, many others flail, and the idea is that Handshake will help specifically to address that by improving how well people are matched to positions that are open.

This is, in fact, an interesting counterpoint to the fact that we also have a lot of ageism in certain fields, where older people are often overlooked — perhaps another niche market that is ripe for tackling?

Handshake today makes money much in the same way that LinkedIn does: it offers paid usage tiers for its users to unlock more features. In the startup’s case, a Premium employer tier called the Talent Engagement Suite was recently launched to let organizations search by diversity parameters and other more specific criteria. That appears to be the path that Handshake plans to follow going ahead, doubling its team to 200 with more people in product and engineering roles to build out more analytics and search and recommendations algorithms.

It’s also making some key hires for the next age. Christine Y. Cruzvergara, ex-Associate Provost and Executive Director for Career Education at Wellesley College, is joining as VP of Higher Education and Student Success, to work with institutions precisely on more inclusive initiatives and products.

“CZI is thrilled to support Handshake as it connects talented students to career opportunities that enable them to reach their full potential,”  said Vivian Wu, Managing Partner of Ventures at the Chan Zuckerberg Initiative, in a statement. “Handshake’s approach – expanding access, building student community and support, and showcasing accomplishments beyond college and degree – produces real results, especially for young people from communities that haven’t had access to high quality job and life opportunities.”