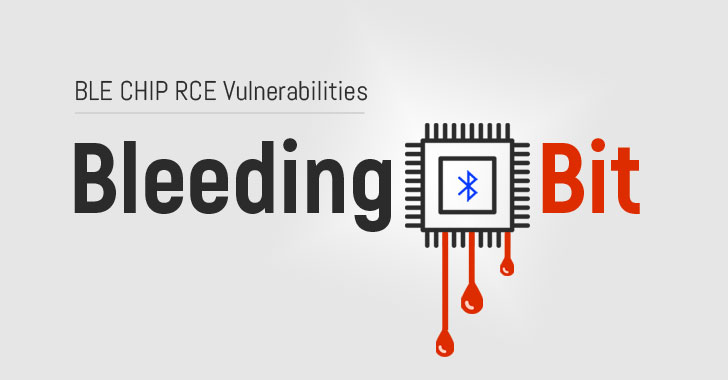 Security researchers have unveiled details of two critical vulnerabilities in Bluetooth Low Energy (BLE) chips embedded in millions of access points and networking devices used by enterprises around the world.

Dubbed BleedingBit, the set of two vulnerabilities could allow remote attackers to execute arbitrary code and take full control of vulnerable devices without authentication, including medical devices such as insulin pumps and pacemakers.

Discovered by researchers at Israeli security firm Armis, the vulnerabilities exist in Bluetooth Low Energy (BLE) Stack chips made by Texas Instruments (TI) that are being used by Cisco, Meraki, and Aruba in their enterprise line of products.

The first vulnerability, identified as CVE-2018-16986, exists in TI chips CC2640 and CC2650 and affects many Cisco and Meraki’s Wi-Fi access points. The bug takes advantage of a loophole in the way Bluetooth chips analyze incoming data.

According to the researchers, sending more traffic to a BLE chip than it’s supposed to handle causes memory corruption, commonly known as a buffer overflow attack, which could allow an attacker to run malicious code on an affected device.

“First, the attacker sends multiple benign BLE broadcast messages, called Advertising Packets, which will be stored on the memory of the vulnerable BLE chip in the targeted device,” researchers explained.

“Next, the attacker sends the overflow packet, which is a standard advertising packet with a subtle alteration – a specific bit in its header turned ON instead of off. This bit causes the chip to allocate the information from the packet a much larger space than it really needs, triggering an overflow of critical memory in the process.”

It should be noted that the initial attack requires a hacker to be in the physical proximity of a targeted device, but once compromised, they can take control of the access point, allowing them to intercept network traffic, install persistent backdoor on the chip, or launch more attacks on other connected devices over the Internet.

This vulnerability stems from an issue with Texas Instruments’ firmware update feature in BLE chips called Over the Air Download (OAD).

Since all Aruba access points share the same OAD password which can be “obtained by sniffing a legitimate update or by reverse-engineering Aruba’s BLE firmware,” an attacker can deliver a malicious update to the targeted access point and rewrite its operating system, gaining full control over the device.

“By default, the OAD feature is not automatically configured to address secure firmware updates. It allows a simple update mechanism of the firmware running on the BLE chip over a GATT transaction,” researchers explained.

“An attacker… can connect to the BLE chip on a vulnerable access point and upload a malicious firmware containing the attacker’s own code, effectively allowing a completely rewrite its operating system, thereby gaining full control over it,” the researchers said.

Armis discovered BleedingBit vulnerabilities earlier this year and responsibly reported all affected vendors in June 2018, and then also contacted and worked with affected companies to help them roll out appropriate updates to address the issues.

Texas Instruments confirmed the vulnerabilities and released security patches for affected hardware on Thursday that will be available through respective OEMs.

Aruba has also released a security patch for its Aruba 3xx and IAP-3xx series access points to address the CVE-2018-7080​ flaw.

However, both Cisco and Aruba noted that their devices have Bluetooth disabled by default. No vendor is aware of anyone actively exploiting any of these zero-day vulnerabilities in the wild.