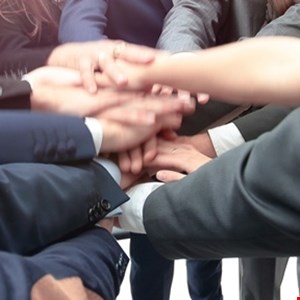 Private equity investment firm Thoma Bravo has agreed to acquire Veracode for $950 million, on the same day that its parent CA Technologies were acquired by Broadcom for a reported $18.9 billion.

Veracode were acquired by CA Technologies in March 2017 for $614m. Today’s Thoma Bravo announcement is expected to close in Q4 of 2018.

“In today’s digital economy practically every company is turning into a software company through their own digital transformation,” said Chip Virnig, a partner at Thoma Bravo.

“As these companies continue to build complex applications, many of which contain sensitive data, the applications themselves increasingly become the target of more sophisticated and omnipresent cyber-attacks. As such, applications need to be built with security in mind day one, and we see a significant, growing market opportunity for Veracode’s product offerings.”

Broadcom is a designer, developer and supplier of products based on analog and digital semi-conductor technologies. The acquisition will see CA Technologies operate as a wholly owned subsidiary of Broadcom.

Sam King, current senior vice president and general manager of Veracode, will become the CEO of Veracode following the close of the transaction. She said that partnering with Thoma Bravo, a proven security software investor, is expected to extend its market reach “and further fuel our innovation so that we can offer the broadest software security platform and empower us to accelerate growth — all to allow us to transform the way companies achieve their software security goals.”

The announcement follow’s last month’s announcement that Thoma Bravo had acquired Imperva for around $2.1 billion.

“As long-term investors in cybersecurity software, we are impressed with the speed and quality of innovation at Veracode,” said Seth Boro, a managing partner at Thoma Bravo.