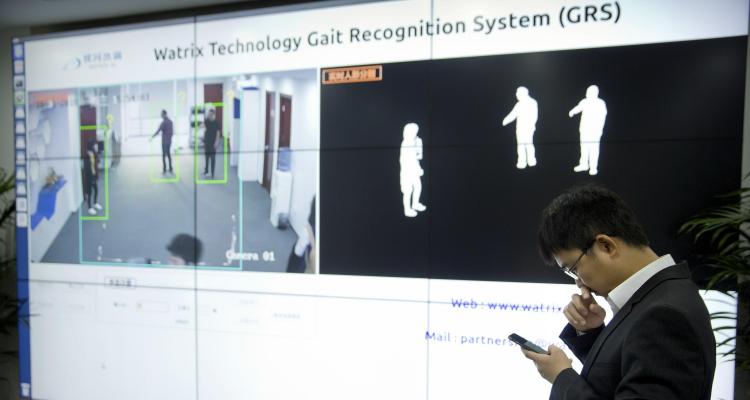 China is home to the world’s largest network of CCTV cameras — over 170 million — and its police have adopted Google Glass-like ‘smart specs’ to seek out suspects in crowds, but now its surveillance efforts have hit a new level with technology that can apparently identify individuals based on their body shape and the way they walk.

The ‘gait recognition’ technology is already being used by police in Beijing and Shanghai where it can identify individuals even when their face is obscured or their back is turned, according to an AP report.

The technology is developed by Chinese AI startup Watrix, which recently picked up a $14.5 million funding round to further develop its systems. CEO Huang Yongzhen told the AP that it can ID individuals at up to 50 meters (165 feet) which, in conjunction with existing facial recognition technology, can help police and surveillance systems operate more efficiently in busy areas.

The positive impact is in finding criminals but there’s a less savory edge. Besides law enforcement, media reports have shown that China has deployed surveillance technology for more sinister purposes that include controlling its people.

In particular, the government has been criticized for the way it uses its databases and facial recognition tech to police China’s ethnic minorities. A system deployed in Xinjiang — a Western province with a population of some 10 million ‘Uighur’ Muslims — is reportedly designed to notify authorities when “target” individuals go beyond their home or place of work, according to Bloomberg.

China stands accused of detaining as many of one million Muslims in ‘re-education’ camps in Xinjiang. The province, which includes a number of cities that are located closer to Baghdad than to Beijing, has been the scene of unrest and ethnic tension in the past, and that’s one reason why the government has deployed these systems. It isn’t clear, however, whether the gait analysis tech has made its way to Xinjiang at this point. If not yet, you’d imagine it will soon.