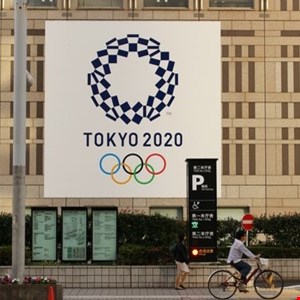 A Japanese minister in charge of cybersecurity has shocked lawmakers after revealing that he doesn’t use a computer, and struggles to grasp the concept of a USB stick.

However, responding to an independent lawmaker at a Lower House Cabinet Committee meeting this week, he’s reported as saying: “I don’t use computers because since I was 25 I have been in a position of authority where secretaries and employees handle such tasks for me.”

Sakurada also admitted “I don’t know the exact details” when asked by another lawmaker about the measures that are in place to guard the nation’s nuclear power stations against cyber-attacks.

He also appeared confused when asked if USB drives were being used in said nuclear facilities, according to reports.

Sakurada’s shaky performance comes after he was criticized last week over his handling of basic questions on the upcoming 2020 Olympic Games in Tokyo — another area he is in charge of as minister.

At one point he reportedly claimed the budget for the event was 1500 yen, which amounts to around £10/$10.

According to local news wire Kyodo, the debate was interrupted frequently while his aides were forced to step in to answer questions on his behalf.

While Sakurada’s unusual decision never to use a PC could be viewed as the ultimate security strategy, his apparent lack of understanding of basic details is some cause for concern.

Olympic Games events usually attract the attention of nation state operatives and cyber-criminals. The last event in Pyeongchang earlier this year saw a major attack leave the official Winter Games website down for 12 hours shortly before the opening ceremony.