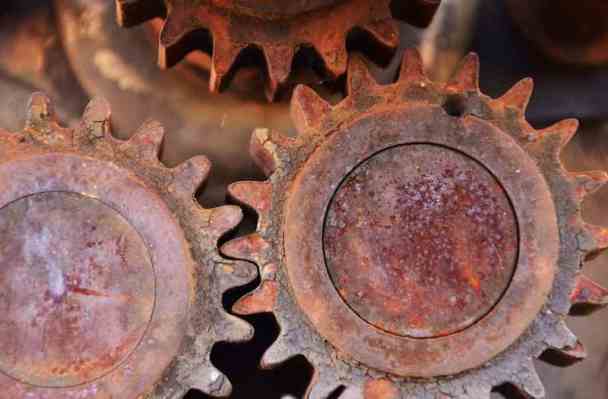 Two weeks from now, the Swahilipot Hub, a hackerspace / makerspace / center for techies and artists in Mombasa, Kenya, is hosting a Pwani Innovation Week, “to stimulate the innovation ecosystem in the Pwani Region.” Some of its organizers showed me around Mombasa’s cable landing site some years ago; they’re impressive people. The idea of the Hub and its forthcoming event fills me with unleavened enthusiasm, and optimism … and a bleak realization that it’s been a while since I’ve felt this way about a tech initiative.

What happened? How did we go from predictions that the tech industry would replace the hidebound status quo with a new democratized openness, power to the people, now that we all carry a networked supercomputer in our pocket … to widespread, metastasizing accusations of abuse of power? To cite just a few recent examples: Facebook being associated with genocide and weaponized disinformation; Google with sexual harassment and nonconsensual use of patients’ medical data; and Amazon’s search for a new headquarters called “shameful — it should be illegal” by The Atlantic.

To an extent some of this was inevitable. The more powerful you become, the less publicly acceptable it is to throw your increasing weight around like Amazon has done. I’m sure that to Google, subsuming DeepMind is a natural, inevitable corporate progression, a mere structural reshuffling, and it’s not their fault that the medical providers they’re working with never got explicit consent from their patients to share the provided data. Facebook didn’t know it was going to be a breeding ground for massive disinformation campaigns; it was, and remains, a colossal social experiment in which we are all participating, despite the growing impression that its negatives may outweigh its positives. And at both the individual and corporate levels, as a company grows more powerful, “power corrupts” remains an inescapable truism.

But let’s not kid ourselves. There’s more going on here than mischance and the natural side effects of growth, and this is particularly true for Facebook and Twitter. When we talk about loss of faith in tech, most of the time, I think, we mean loss of faith in social media. It’s true that we don’t want them to become censors. The problem is that they already are, as a side effect, via their algorithms which show posts and tweets with high “engagement” — i.e. how vehemently users respond. The de facto outcome is to amplify outrage, and hence disinformation.

It may well be true, in a neutral environment, that the best answer to bad speech is more speech. The problem is that Facebook and Twitter are anything but neutral environments. Their optimization for “engagement” is a Brobdingnagian thumb on their scales, tilting their playing fields into whole Himalayas of advantages for bad faith, misinformation, disinformation, outrage and hate.

This optimization isn’t even necessary for their businesses to be somewhat successful. In 2014, Twitter had a strict chronological timeline, and recorded a $100 million profit before stock-based compensation — with relatively primitive advertising infrastructure, compared to today. Twitter and Facebook could kill the disinformation problem tomorrow, with ease, by switching from an algorithmic, engagement-based timeline back to a strict chronological one.

Never going to happen, of course. It would hurt their profits and their stock price too much. Just like Google was never going to consider itself bound to DeepMind’s cofounder’s assurance two years ago that “DeepMind operates autonomously from Google.” Just like Amazon was never going to consider whether siphoning money from local governments at its new so-called “co-headquarters” was actually going to be good for its new homes. Because while technology has benefited individuals, enormously, it’s really benefited technology’s megacorporations, and they’re going to follow their incentives, not ours.

Mark Zuckerberg’s latest post begins: “Many of us got into technology because we believe it can be a democratizing force for putting power in people’s hands.” I agree with that statement. Many of us did. But, looking back, were we correct? Is it really what the available evidence show us? Has it, perhaps, put some power in people’s hands — but delivered substantially more to corporations and governments?

I fear that the available evidence seems to confirm, instead, the words of tech philosopher-king Maciej Ceglowski. His most relevant rant begins with a much simpler, punchier phrase: “Technology concentrates power.” Today it seems harder than ever to argue with that.