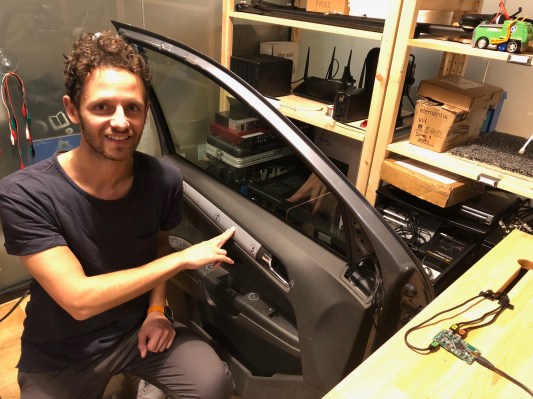 Imagine any surface, such as a wooden table, car door or glass wall, could be turned into a user interface without the need for physical buttons or a touch screen. That’s the ambition of HyperSurfaces, the London startup originally behind the Mogees line of music devices and software, which today is unveiling what it claims is a major breakthrough in UI technology.

Dubbed “HyperSurfaces,” the new technology, for which the company has four related patents pending, combines vibration sensors and the latest developments in machine learning/AI to transform any object of any material, shape and size into an intelligent object able to recognise physical interactions.

Equally important is that once trained for a particular object, the HyperSurfaces neural network-trained algorithms are able to run on dedicated microchips that don’t require connection to the cloud for processing. This means that gestures can be instantly recognised and in turn trigger specific commands entirely locally and at much lower cost.

The idea, co-founder and CEO Bruno Zamborlin tells me, is to merge “the physical and the data worlds” in a more seamless way than has been previously possible, ridding us of unnecessary keyboards, buttons and touch screens.

“The HyperSurfaces algorithms belong to the current state of the art in deep learning research,” he explains. “On top of this, the computational power of microchips literally exploded over the last years allowing for machine learning algorithms to run locally in real-time whilst achieving a bill of material of just a few dollars. These applications are possible now and were not possible 3 or 5 years ago”.

Zamborlin says it is difficult to imagine what the applications of HyperSurfaces technology might end up being, in a similar way as it was difficult to imagine all of the applications a mobile phone could enable ten years ago. The most immediate ideas include the possibility of creating technological objects made of materials that until now haven’t been associated with technology at all, such as wood, glass, and different kinds of metal etc.

“Imagine a new wave of 3D wooden IoT devices,” he says, only half jokingly.

This could result in a wooden kitchen table becoming the controller for your living room smart lights and smart thermostat. Or perhaps your home’s floor becomes an advanced security system able to accurately distinguish the steps of a thief from those of your cat. HyperSurfaces has also already seen a lot of interest from car manufacturers.

“Other initial applications will probably include accommodating the desire of car manufactures to eliminate buttons and switches from their car doors and cockpits creating a brand new experience for the user,” adds Zamborlin. “We are used to flat plastic surfaces, but this won’t be a requirement anymore”. 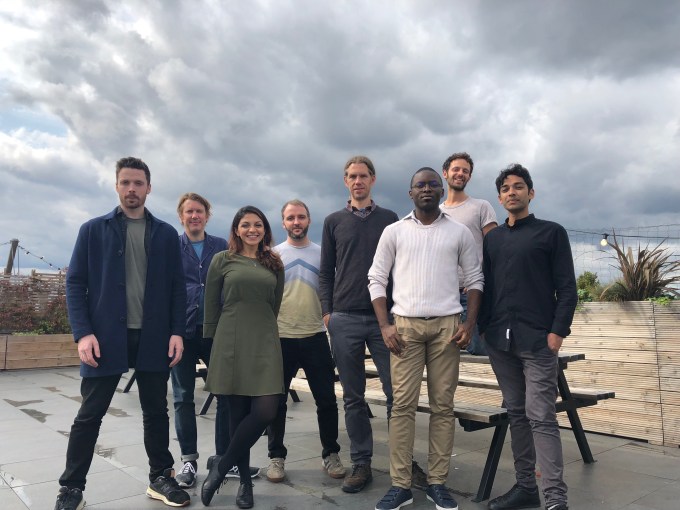 To get this far — the video demos are very impressive and can’t help but fire your imagination — HyperSurfaces (then called Mogees) raised $1.1 million in seed funding about a year ago and has been head down ever since. This included Zamborlin recruiting a team of top AI scientists and completely re-focusing on research and development. “They are all from Goldsmiths [University of London], like myself, where we specialise in the niche of AI for real-time interaction,” he says.