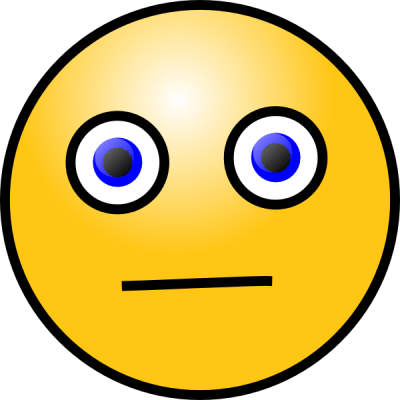 Four days ago the crypto markets were crashing hard. Now they’re crashing harder. Bitcoin, which hasn’t fallen past $6,000 for months, has dumped to $4,413.99 as of this morning, and nearly everything else is falling in unison. Ethereum, flying high at $700 a few months ago, is at $140. Coinbase, that bastion of crypto stability, is currently sporting a series of charts that look like Aspen black-diamond ski runs.

What is happening? There are a number of theories, and I’ll lay out a few of them here. Ultimately, sentiment is bleak in the crypto world, with bull runs being seen as a thing of a distant past. As regulators clamp down, pie-in-the-sky ideas crash and shady dealers take their shady dealings elsewhere, the things that made cryptocurrencies so much fun — and so dangerous — are slowly draining away. What’s left is anyone’s guess, but at least it will make things less interesting.

November was supposed to be a good month for crypto. Garbage sites like FortuneJack were crowing about bitcoin stability while the old crypto hands were optimistic and pessimistic at the same time. Eric Vorhees, founder of ShapeShift, felt that the inevitable collapse of the global financial system is good for folks with at least a few BTC in their wallets.

When the next global financial crisis occurs, and the world realizes organizations with $20 trillion in debt can’t possibly ever pay it back, and thus must print it instead, and thus fiat is doomed… watch what happens to crypto.

Others, like the Binance CEO Changpeng Zhao, are expecting a bull run next year and said his company was particularly profitable.

Ultimately, crypto hype moves the market far more than it has any right to, and this is a huge problem.

So who do you believe, these guys or your own lying eyes? That’s a complex question. First, understand that crypto is a technical product weaponized by cash. Companies like Binance and Coinbase will work mightily to maintain revenue streams, especially considering Coinbase’s current level of outside investment. These are startups that can literally affect their own value over time. We’ll talk about that shortly. Ultimately, crypto hype hasn’t been matching reality of late, a major concern to the skittish investor.

“I think that the downturn is due to things not going up as much as people had wanted. Everyone was expecting November to be a bull month,” said Travin Keith, founder of Altrean. “When things indicated that it wasn’t going that way, those who were on borrowed time, such as those needing some buffer, or those in the crypto business needing some money, needed to sell.”

Tether has long been the prime suspect in the Bitcoin run up and crash. Created by an exchange called Bitfinex, the currency is pegged to the dollar and, according to the exchange itself, each tether — about $2.7 billion worth — is connected to an actual dollar in someone’s bank account. Whether or not this is true has yet to be proven, and the smart money is on “not true.” I’ll let Jon Evans explain:

What are those whiffs of misconduct to which I previously referred? I mean. How much time do you have? One passionate critic, known as Bitfinexed, has been writing about this for quite some time now; it’s a pretty deep rabbit hole. University of Texas researchers have accused Bitfinex/Tether of manipulating the price of Bitcoin (upwards.) The two entities have allegedly been subpoenaed by US regulators. In possibly (but also possibly not — again, a fog of mystery) related news, the US Justice Department has opened a criminal investigation into cryptocurrency price manipulation, which critics say is ongoing. Comparisons are also being drawn with Liberty Reserve, the digital currency service shut down for money laundering five years ago:

So what the hell is going on? Good question. On the one hand, people and even companies are innocent until proven guilty, and the opacity of cryptocurrency companies is at least morally consistent with the industry as a whole. A wildly disproportionate number of crypto people are privacy maximalists and/or really hate and fear governments. (I wish the US government didn’t keep making their “all governments become jackbooted surveillance police states!” attitude seem less unhinged and more plausible.)

But on the other … yes, one reason for privacy maximalism is because you fear rubber-hose decryption of your keys, but another, especially when anti-government sentiment is involved, is because you fear the taxman, or the regulator. A third might be that you fear what the invisible hand would do to cryptocurrency prices, if it had full leeway. And it sure doesn’t look good when at least one of your claims, e.g. that your unaudited reserves are “subject to frequent professional audits,” is awfully hard to interpret as anything other than a baldfaced lie.

Now Bloomberg is reporting that the U.S. Justice Department is looking into Bitfinex for manipulating the price of Bitcoin. The belief is that Bitfinex has allegedly been performing wash trades that propped up the price of Bitcoin all the way to its previous $20,000 heights. “[Researchers] claimed that Tether was used to buy Bitcoin at pivotal periods, and that about half of Bitcoin’s 1,400 percent gain last year was attributable to such transactions,” wrote Bloomberg. “Griffin briefed the CFTC on his findings earlier this year, according to two people with direct knowledge of the matter.”

This alone could point to the primary reason Bitcoin and crypto are currently in free fall: without artificial controls, the real price of the commodity becomes clear. A Twitter user called Bitfinex’d has been calling for the death of Tether for years. He’s not very bullish on the currency in 2019.

“I don’t know the when,” Bitfinex’d said. “But I know Tether dies along with Bitfinex.”

As we learned last week, the SEC is sick of fake utility tokens. While the going was great for ICOs over the past few years with multiple companies raising millions if not billions in a few minutes, these salad days are probably over. Arguably, a seed-stage startup with millions of dollars in cash is more like a small VC than a product company, but ultimately the good times couldn’t last.

What the SEC ruling means is that folks with a lot of crypto can’t slide it into “investments” anymore. However, this also means that those same companies can be more serious about products and production rather than simply fundraising.

SEC intervention dampens hype, and in a market that thrives on hype, this is a bad thing. That said, it does mean that things will become a lot clearer for smaller players in the space, folks who haven’t been able to raise seed and are instead praying that token sales are the way forward. In truth they are, buttoning up the token sale for future users and, by creating regulation around it, they will begin to prevent the Wild West activity we’ve seen so far. Ultimately, it’s a messy process, but a necessary one.

“It all contributes to greater BTC antifragility, doesn’t it?,” said crypto speculator Carl Bullen. “We need the worst actors imaginable. And we got ’em.”

One other interesting data point involves Bitmain. Bitmain makes cryptocurrency mining gear and most recently planned a massive IPO that was supposed to be the biggest in history. Instead, the company put these plans on hold.

Interestingly, Bitmain currently folds the cryptocurrency it mines back into the company, creating a false scarcity. The plan, however, was for Bitmain to begin releasing the Bitcoin it mined into the general population, thereby changing the price drastically. According to an investor I spoke with this summer, the Bitmain IPO would have been a massive driver of Bitcoin success. Now it is on ice.

While this tale was apocryphal, it’s clear that these chicken and egg problems are only going to get worse. As successful startups face down a bear market, they’re less likely to take risks. And, as we all know, crypto is all about risk.

Ultimately, crypto and the attendant technologies have created an industry. That this industry is connected directly to stores of value, either real or imagined, has enervated it to a degree unprecedented in tech. After all, to use a common comparison between Linux and blockchain, Linus Torvalds didn’t make millions of dollars overnight for writing a device driver in 1993. He — and the entire open-source industry — made billions of dollars over the past 27 years. The same should be true of crypto, but the cash is clouding the issue.

Ultimately, say many thinkers in the space, the question isn’t whether the price goes up or down. Instead, of primary concern is whether the technology is progressing.

“Crypto capitulation is once again upon us, but before the markets can rise again we must pass through the darkest depths of despair,” said crypto guru Jameson Lopp. “Investors will continue to speculate while developers continue to build.”