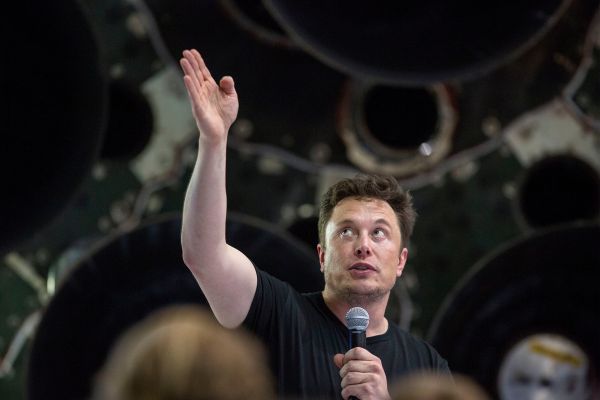 Elon Musk’s dabble with the doobage in a September radio interview may have sparked more than just an outpouring of adulation from his acolytes (and a fairly interesting conversation around artificial intelligence, social media, invention and space).

The Washington Post reports that the folks at the National Aeronautics and Space Administration were less than amused with Musk’s antics and have ordered a safety review of SpaceX and Boeing as a response to the colorful chief executive’s shenanigans.

In an interview, NASA associate administrator for human exploration, William Gerstenmaier, told the Post that the review will begin next year and would examine the “safety culture” of both Boeing and SpaceX .

Rather than focus on the safety of the actual rockets, the Post said that the review would look at the hours employees work, drug policies, leadership and management styles, and the responsiveness of both companies to safety concerns from employees.

The review is going to be led by the Office of Safety and Mission Assurance within NASA, which has conducted similar probes before, according to the Post report.

According to the NASA official, the process could be “pretty invasive,” with the potential for hundreds of interviews with employees at every level and across all locations where the companies operate.

At stake is the potential $6.8 billion in contracts the two companies received in 2014 to revive crewed missions to space. SpaceX grabbed $2.6 billion from NASA for the program, while the remainder went to Boeing.

Both companies have stumbled as they test their crewed systems to get NASA astronauts into orbit. Boeing still needs to test the heat shields and parachute systems of its spacecraft and address the potential for propellant leakage during the emergency abort process.

SpaceX also is having problems with its parachute system.

In a statement given to the Post, SpaceX said, “We couldn’t be more proud of all that we have already accomplished together with NASA, and we look forward to returning human spaceflight capabilities to the United States.”