Apple’s HomePod is a distant third behind Amazon and Google when it comes to market share for smart speakers that double up as home hubs, with less than 5 percent share of the market for these devices in the US, according to one recent survey. And its flagship personal assistant Siri has also been determined to lag behind Google when it comes to comprehension and precision. But there are signs that the company is intent on doubling down on AI, putting it at the center of its next generation of products, and it’s using acquisitions to help it do so.

The Information reports that Apple has quietly acquired Silk Labs, a startup based out of San Francisco that had worked on AI-based personal assistant technology both for home hubs and mobile devices.

There are two notable things about Silk’s platform that set it apart from that of other assistants: it was able to modify its behaviour as it learned more about its users over time (both using sound and vision); and it was designed to work on-device — a nod to privacy and concerns about “always on” speakers listening to you; improved processing on devices; and the constraints of the cloud and networking technology.

Apple has not returned requests for comment, but we’ve found that at least some of Silk Labs’ employees appear already to be working for Apple (LinkedIn lists nine employees for Silk Labs, all with engineering backgrounds).

That means it’s not clear if this is a full acquisition or an aqui-hire — as we learn more we will update this post — but bringing on the team (and potentially the technology) speaks to Apple’s need and interest in doubling down to build products that are not mere repeats of what we already have on the market.

Silk Labs first emerged in February 2016, the brainchild of Adreas Gal, the former CTO of Mozilla, who had also created the company’s ill-fated mobile platform, Firefox OS; and Michael Vines, who came from Qualcomm. (Vines, incidentally, moved on in June 2018 to become the principal engineer for a blockchain startup, Solana.)

Its first product was originally conceived as integrated software and hardware: the company raised just under $165,000 in a Kickstarter to build and ship Sense, a smart speaker that would provide a way to control connected home devices and answer questions, and — with a camera integrated into the device — be able to monitor rooms and learn to recognise people and their actions. 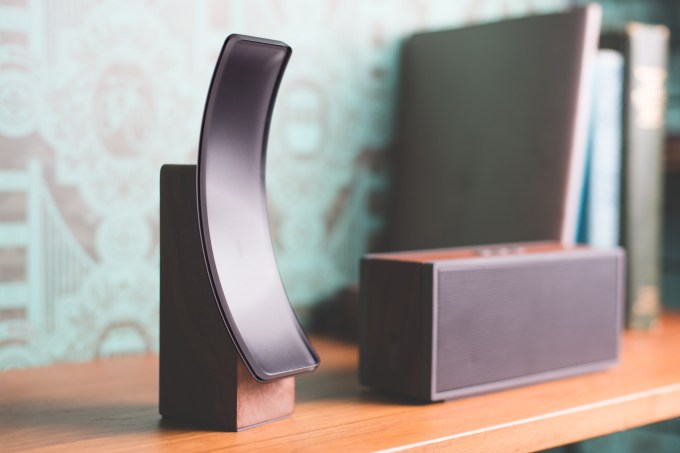 Just four months later, Silk Labs announced that it would shelve the Sense hardware to focus specifically on the software, called Silk, after it said it started to receive inquiries from OEMs interested in getting a version of the platform to run on their own devices (it also raised money outside of Kickstarter, around $4 million).

Potentially, Silk could give those OEMs a way of differentiating from the plethora of devices that are already on the market. In addition to products from the likes of Google and Amazon, there are also a number of speakers powered by those assistants, along with devices using Cortana from Microsoft.

When Silk Labs announced that it was halting hardware development, it noted that it was in talks for some commercial partnerships (while at the same time open sourcing a basic version of the Silk platform for creating communications with IoT devices).

Silk Labs never disclosed the names of those partners, but buying and shutting down the company would be one way of making sure that the technology stays with just one company.

It’s temping to match up what Silk Labs has built up to now specifically with Apple’s efforts specifically in its own smart speaker, the HomePod.

Specifically, it could provide it with a smarter engine that learns about users, operates even if internet is down, and secures user privacy, and crucially becomes a lynchpin for how you might operate everything else in your connected life.

That would make for a mix of features that would clearly separate it from the market leader of the moment, and play into aspects — specifically privacy — that people are increasingly starting to value more. 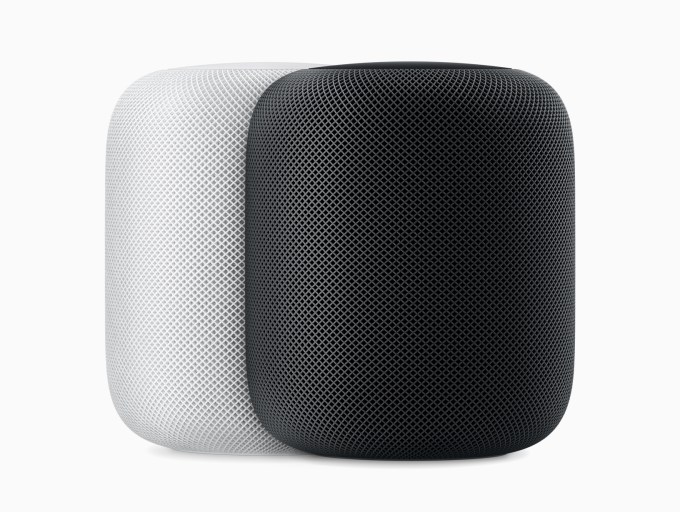 But if you consider that spectrum of hardware and services that Apple is now involved in, you can see that the Silk team, and potentially the IP, may end up having also a wider impact.

Apple has had a mixed run when it comes to AI. The company was an early mover when it first put its Siri voice assistant into its iPhone 4S in 2011, and for a long time people would always mention it in conjunction with Amazon and Google (less so Microsoft) when they would lament about how a select few technology companies were snapping up all the AI talent, leaving little room for other companies to get a look in to building products or having a stake in how it was being developed on a larger scale.

More recently, though, it appears that the likes of Amazon — with its Alexa-powered portfolio of devices — and Google have stolen a march when it comes to consumer products built with AI technologies at their core, and as their primary interface with their users. (Siri, if anything, sometimes feels like a nuisance when you accidentally call it into action by pressing the Touch Bar or the home button on my older model iPhone.)

But it’s almost certainly wrong to guess Apple — one of the world’s biggest companies, known for playing its hand close to its chest — has lost its way in this area.

There have been a few indications, though, that it’s getting serious and rethinking how it is doing things.

A few months ago, it reorganized its AI teams under ex-Googler John Giannandrea, losing some talent in the process but more significantly setting the pace for how its Siri and Core ML teams would work together and across different projects at the company, from developer tools to mapping and more.

Apple has also made dozens of smaller and bigger acquisitions in the last several years that speak to it picking up more talent and IP in the quest to build out its AI muscle across different areas, from augmented reality and computer vision through to big data processing at the back end. It’s even acquired other startups, such as VocalIQ in England, that focus on voice interfaces and ‘learn’ from interactions.

To be sure, the company has started to see a deceleration of iPhone unit sales (if not revenues: prices are higher than ever), and that will mean a focus newer devices, and ever more weight put on the services that run on these devices. Services can be augmented and expanded, and they represent recurring income — two big reasons why Apple will shift to putting more investment into them.

Expect to see that AI net covering not just the iPhone, but computers, Apple’s smart watch, its own smart speaker, the HomePod, Apple Music, Health and your whole digital life.