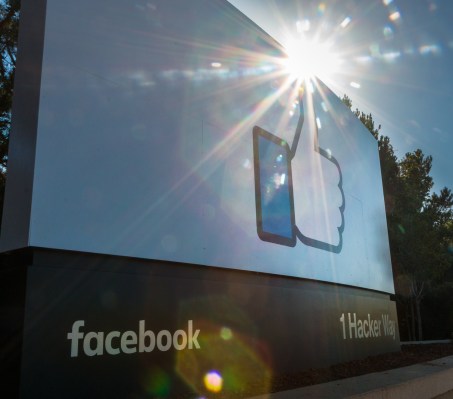 Facebook has recruited Kate Patchen, a veteran of the U.S. Department of Justice who led its antitrust office in Silicon Valley, to be a director and associate general counsel of litigation.

Patchen takes up her post amid ongoing scandals and reputation crises for her new employer, joining Facebook this month according to her LinkedIn profile.

The move was spotted earlier by the FT, which reports that Facebook also posted a job listing on LinkedIn for a “lead counsel” in Washington to handle competition issues two weeks ago — suggesting a broader effort to bulk up its in-house expertise.

Patchen brings a wealth of experience on the antitrust topic to her new employer, having spent 16 years at the DoJ, where she began as a trial attorney before becoming an assistant chief in the antitrust division in 2014. Two years later she was made chief.

We reached out to Facebook about the hire and it acknowledged our email but did not immediately provide comment on its decision to recruit an specialist in antitrust enforcement.

The social media giant certainly has plenty playing on its mind on this front.

In 2016 it landed firmly on lawmakers’ radars and in hot political waters when the extent of Kremlin-funded election interference activity on the platform first emerged. Since then a string of security and data misuse scandals have only dialled up the political pressure on Facebook.

Domestic lawmakers are now most actively discussing how to regulate social media. Although competition scrutiny is increasing on big tech in general, with calls from some quarters to break up platform giants as a fix for a range of damaging impacts.

The FT notes, for example, that democratic lawmakers recently introduced legislation to address “the threat of economic concentration”. And the sight of Democrats pushing for tougher competition enforcement suggests the party’s love affair with Silicon Valley tech giants is well and truly over.

Amazon is also now on the Commission’s radar. While, at a national level, EU competition regulators have been paying increasing attention to how the adtech industry is dominated by the duopoly of Google and Facebook.

Patchen, meanwhile, joins Facebook at the same time as some long-serving veterans are headed out the door — including public policy chief, Elliot Schrage.

Schrage’s departure has been in train for some months but a leaked internal memo we obtained this week suggests he’s being packaged up as a convenient fall guy for a freshly cracked public relations scandal.

Last month Facebook announced it was hiring more new blood: Former deputy prime minister of the UK, Nick Clegg, to be its new head of global policy and comms — with Schrage slated then to be staying on in an advisory capacity.

In other recent senior leadership moves Facebook CSO Alex Stamos also left the company this summer. While chief legal officer, Colin Stretch, announced he would leave at the end of the year.

But according to a Recode report this month Stretch has now put his exit on hold — until at least next summer — apparently deciding to stay to help out with ongoing legal and political crises.