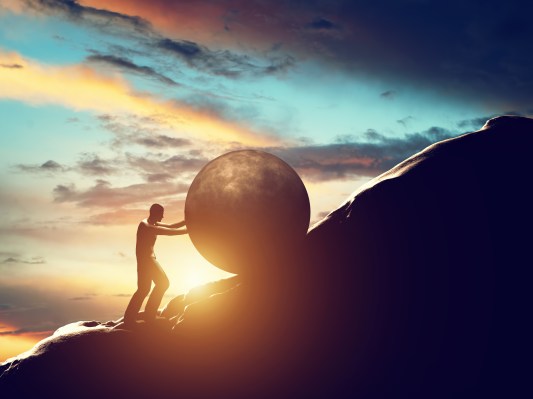 Google has announced its plan for combating election interference in the European Union, ahead of elections next May when up to 350 million voters across the region will vote to elect 705 Members of the European Parliament.

In a blog post laying out a narrow approach to democracy-denting disinformation, Google says it will introduce a verification system for “EU election advertisers to make sure they are who they say they are”, and require that any election ads disclose who is paying for them.

The details of the verification process are not yet clear so it’s not possible to assess how robust a check this might be.

But Facebook, which also recently announced checks on political advertisers, had to delay its UK launch of ID checks earlier this month, after the beta system was shown being embarrassingly easy to game. So just because a piece of online content has an ‘ID badge’ on it does not automatically make it bona fide.

Google’s framing of “EU election advertisers” suggests it will exclude non-EU based advertisers from running election ads, at least as it’s defining these ads. (But we’ve asked for a confirm on that.)

What’s very clear from the blog post is that the adtech giant is defining political ads as an extremely narrowly category — with only ads that explicitly mention political parties, candidates or a current officeholder falling under the scope of the policy.

Here’s how Google explains what it means by “election ads”:

“To bring people more information about the election ads they see across Google’s ad networks, we’ll require that ads that mention a political party, candidate or current officeholder make it clear to voters who’s paying for the advertising.”

So any ads still intended to influence public opinion — and thus sway potential voters — but which cite issues, rather than parties and/or politicians, will fall entirely outside the scope of its policy.

Yet of course issues are material to determining election outcomes.

The Kremlin seized on divisive issues for much of the propaganda it deployed across social media ahead of the 2016 US presidential elections, for example.

Russia didn’t even always wrap its politically charged infowar bombs in an ad format either.

All of which means that any election ‘security’ effort that fixes on a narrow definition (like “election ads”) seems unlikely to offer much more than a micro bump in the road for anyone wanting to pay to play with democracy.

The only real fix for this problem is likely full disclosure of all advertising and advertisers; Who’s paying for every online ad, regardless of what it contains, plus a powerful interface for parsing that data mountain.

Of course neither Google nor Facebook is offering that — yet.

Because, well, this is self-regulation, ahead of election laws catching up.

What Google is offering for the forthcoming EU parliament elections is an EU-specific Election Ads Transparency Report (akin to the one it already launched for the US mid-terms) — which it says it will introduce (before the May vote) to provide a “searchable ad library to provide more information about who is purchasing election ads, whom they’re targeted to, and how much money is being spent”.

“Our goal is to make this information as accessible and useful as possible to citizens, practitioners, and researchers,” it adds.

The rest of its blog post is given over to puffing up a number of unrelated steps it says it will also take, in the name of “supporting the European Union Parliamentary Elections”, but which don’t involve Google itself having to be any more transparent about its own ad platform.

So it says it will —

No one’s going to turn their nose up at security training and freebie resource.

But the scale of the disinformation challenge is rather larger and more existential than a few free workshops and an anti-DDoS tool can fix.

Though, as independent research has repeatedly shown, fake news flies much faster and is much, much harder to unstick than truth.

Which means fact checkers, and indeed journalists, are faced with the Sisyphean task of unpicking all the BS that Internet platforms are liberally fencing and accelerating (and monetizing as they do so).

The economic incentives inherent in the dominant adtech platform of the Internet should really be front and center when considering the modern disinformation challenge.

But of course Google and Facebook aren’t going to say that.

Meanwhile lawmakers are on the back foot. The European Commission has done something, signing tech firms up to a voluntary Code of Practice for fighting fake news — Google and Facebook among them.

Although, even in that dilute, non-legally binding document, signatories are supposed to have agreed to take action to make both political advertising and issue based advertising “more transparent”.

Yet here’s Google narrowly defining election ads in a way that lets issues slide on past.

We asked the company what it’s doing to prevent issue-based ads from interfering in EU elections. At the time of writing it had not responded to that question.

Safe to say, ‘election security’ looks to be a very long way off indeed.