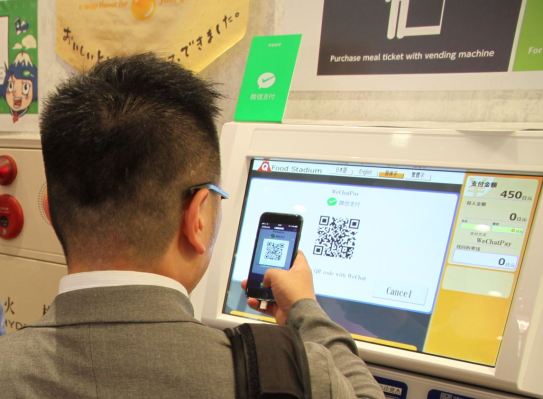 Starting mid-2021, commuters in Hong Kong can scan a barcode to enter the subway turnstile through WeChat Pay, the digital wallet linked to Tencent’s popular messaging app. That’s a year behind Alibaba’s payments affiliate Alipay, which claims to enable QR codes for MTR in mid-2020.

Both Alipay and WeChat Pay are making this scan-to-ride option available to visitors from the Chinese mainland and Hong Kong residents.

Hong Kong has become a testing ground for the Chinese e-wallet titans going global due to the city’s geographic adjacency and cosmopolitan population. Its market of 740 million people also offers growth potential as mobile payments adoption is still nascent. In a survey conducted by the Hong Kong Productivity Council, only 30 percent of the respondents said they had paid with mobile devices, while most locals are accustomed to credit cards and cash.

By contrast, 92 percent of China’s 970 million mobile users have paid on smartphones, according to a July report from consulting firm Ipsos.

Cracking the Hong Kong market isn’t easy. For years, locals have used the stored-value Octopus card to pay for everything from MTR rides to convenient store purchases. The card system, which is 57.4 percent owned by MTR, claims to cover 99 percent of the city’s population.

Time will tell whether the payments newcomers could replicate their success in their neighboring city. On the Mainland side, WeChat Pay took off after a series of marketing campaigns that involved users fighting for cash-filled digital packets on WeChat. Alipay, on the other hand, traced much of its success to its ties with Alibaba’s ecommerce platforms, which don’t accept WeChat Pay.

In Hong Kong, the rivals have introduced redeem programs and shelled out generous subsidies to vie for shoppers. AlipayHK said in June that it crossed 1.5 million users, up from one million in March. WeChat Pay Hong Kong is keeping mum about its user base but a company executive said in November that the wallet scored more than ten times growth in transactions over the past year.