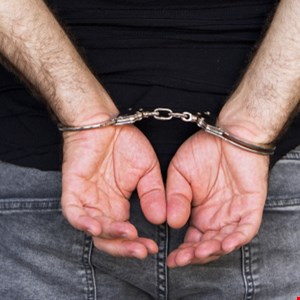 A Minnesota man has been arrested and extradited to the US after allegedly faking his own death for an insurance scam.

Defendant Igor Vorotinov, 54, made his initial appearance before a US magistrate on Monday following his arrest last week in the Republic of Moldova. He’s been at large since an indictment was served for mail fraud back in February 2015.

According to the indictment, Vorotinov bought a $2m life insurance policy from Mutual of Omaha Insurance Company back in March 2010 and named his wife Irina as sole beneficiary.

However, in October 2011, police in Moldova received reports of a dead body, with documents including passport, hotel cards, and contact phone numbers indicating it was that of Vorotinov.

His wife travelled to Moldova, identified the body as his, obtained a death certificate and had the body cremated, before returning with the ashes.

A check of $2,048,414 was sent by the insurer to Irina, who recruited a third party to deposit it in a newly opened account, before apparently instructing them to transfer $1.5m to her son Alkon. According to the DoJ, more than $1.5m of the proceeds was transferred to bank accounts in Switzerland and Moldova between March 29 2012 and January 2015.

However, the alleged scam was busted when Alkon was stopped by customs in Detroit on returning from a trip to Moldova. On his laptop, agents discovered photos of his father taken in April and May 2013, alive and well.

Irina Vorotinov is currently serving a 37-month stretch in a federal prison after pleading guilty to mail fraud and one count of “engaging in a monetary transaction in criminally derived property,” while her son pleaded guilty to to one count of misprision of a felony and was sentenced to three years’ probation. They were ordered to pay joint restitution of $2,056,554.