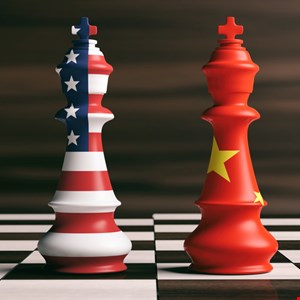 In advance of a meeting between US President Donald Trump and China’s President Xi Jinping, a US government report made claims that China had increased hacking attempts in an effort to steal American technology and shows no sign of stopping or slowing its cyber-theft practices, according to the Associated Press.

The report from the Office of the United States Trade Representative stated: ”cybersecurity firms have observed, in the period from mid-2017 through mid-2018, what appear to be Chinese state-sponsored entities attacking firms in cloud computing, Internet of Things, artificial intelligence, biomedicines, civilian space, alternative energy, robotics, rail, agricultural machinery, and high-end medical devices sectors. One cybersecurity firm, CrowdStrike, observed that Chinese state hacking is gaining in pace and volume, while another, FireEye/Mandiant, similarly stated that previously inactive Chinese hacking groups had now been reactivated.

“In November 2018, cybersecurity firm Carbon Black found a sharp rise in the third quarter of 2018 ‘in attacks against manufacturing companies – a type of attack that has been frequently tied to Chinese economic espionage.’ It also found that 68% of incident response professionals surveyed during the preceding three months assessed that China was the source of the observable cyberattacks, more than any other country.”

Asserting the increased threat to US companies from Chinese advanced persistent threat (APT) group, APT10, the report said the Department of Homeland Security (DHS) had also seen an uptick in cyber-enabled theft coming from China.

“We completed this update as part of this Administration’s strengthened monitoring and enforcement effort,” Ambassador Robert Lighthizer said in a press release. “This update shows that China has not fundamentally altered its unfair, unreasonable, and market-distorting practices that were the subject of the March 2018 report on our Section 301 investigation.”

In addition, the policies and practices of Chinese adversaries are growing more sophisticated. The report stated: “China’s state-supported hackers have developed new ways of concealing their attacks. In particular, hackers appear to be using generic ‘tools’ that leave little if any unique traces, making attribution more difficult.”