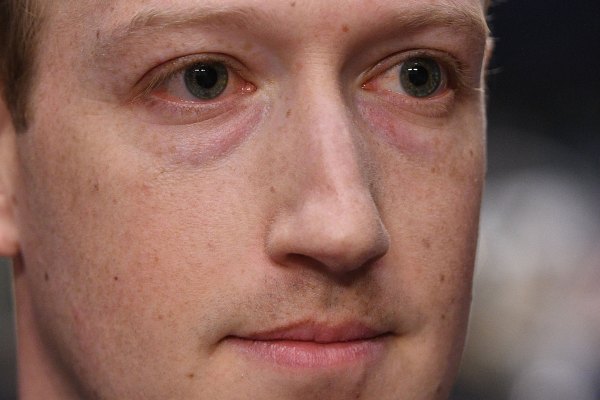 Facebook founder Mark Zuckerberg may yet regret underestimating a UK parliamentary committee that’s been investigating the democracy-denting impact of online disinformation for the best part of this year — and whose repeat requests for facetime he’s just as repeatedly snubbed.

In the latest high gear change, reported in yesterday’s Observer, the committee has used parliamentary powers to seize a cache of documents pertaining to a US lawsuit to further its attempt to hold Facebook to account for misuse of user data.

Facebook’s oversight — or rather lack of it — where user data is concerned has been a major focus for the committee, as its enquiry into disinformation and data misuse has unfolded and scaled over the course of this year, ballooning in scope and visibility since the Cambridge Analytica story blew up into a global scandal this April.

The internal documents now in the committee’s possession are alleged to contain significant revelations about decisions made by Facebook senior management vis-a-vis data and privacy controls — including confidential emails between senior executives and correspondence with Zuckerberg himself.

This has been a key line of enquiry for parliamentarians. And an equally frustrating one — with committee members accusing Facebook of being deliberately misleading and concealing key details from it.

The seized files pertain to a US lawsuit that predates mainstream publicity around political misuse of Facebook data, with the suit filed in 2015, by a US startup called Six4Three, after Facebook removed developer access to friend data. (As we’ve previously reported Facebook was actually being warned about data risks related to its app permissions as far back as 2011 — yet it didn’t full shut down the friends data API until May 2015.)

The core complaint is an allegation that Facebook enticed developers to create apps for its platform by implying they would get long-term access to user data in return. So by later cutting data access the claim is that Facebook was effectively defrauding developers.

Since lodging the complaint, the plaintiffs have seized on the Cambridge Analytica saga to try to bolster their case.

And in a legal motion filed in May Six4Three’s lawyers claimed evidence they had uncovered demonstrated that “the Cambridge Analytica scandal was not the result of mere negligence on Facebook’s part but was rather the direct consequence of the malicious and fraudulent scheme Zuckerberg designed in 2012 to cover up his failure to anticipate the world’s transition to smartphones”.

The startup used legal powers to obtain the cache of documents — which remain under seal on order of a California court. But the UK parliament used its own powers to swoop in and seize the files from the founder of Six4Three during a business trip to London when he came under the jurisdiction of UK law, compelling him to hand them over.

According to the Observer, parliament sent a serjeant at arms to the founder’s hotel — giving him a final warning and a two-hour deadline to comply with its order.

“When the software firm founder failed to do so, it’s understood he was escorted to parliament. He was told he risked fines and even imprisonment if he didn’t hand over the documents,” it adds, apparently revealing how Facebook lost control over some more data (albeit, its own this time).

In comments to the newspaper yesterday, DCMS committee chair Damian Collins said: “We are in uncharted territory. This is an unprecedented move but it’s an unprecedented situation. We’ve failed to get answers from Facebook and we believe the documents contain information of very high public interest.”

Collins later tweeted the Observer’s report on the seizure, teasing “more next week” — likely a reference to the grand committee hearing in parliament already scheduled for November 27.

But it could also be a hint the committee intends to reveal and/or make use of information locked up in the documents, as it puts questions to Facebook’s VP of policy solutions…

That said, the documents are subject to the Californian superior court’s seal order, so — as the Observer points out — cannot be shared or made public without risk of being found in contempt of court.

A spokesperson for Facebook made the same point, telling the newspaper: “The materials obtained by the DCMS committee are subject to a protective order of the San Mateo Superior Court restricting their disclosure. We have asked the DCMS committee to refrain from reviewing them and to return them to counsel or to Facebook. We have no further comment.”

Facebook’s spokesperson added that Six4Three’s “claims have no merit”, further asserting: “We will continue to defend ourselves vigorously.”

And, well, the irony of Facebook asking for its data to remain private also shouldn’t be lost on anyone at this point…

Another irony: In July, the Guardian reported that as part of Facebook’s defence against Six4Three’s suit the company had argued in court that it is a publisher — seeking to have what it couched as ‘editorial decisions’ about data access protected by the US’ first amendment.

Which is — to put it mildly — quite the contradiction, given Facebook’s long-standing public characterization of its business as just a distribution platform, never a media company.

So expect plenty of fireworks at next week’s public hearing as parliamentarians once again question Facebook over its various contradictory claims.

It’s also possible the committee will have been sent an internal email distribution list by then, detailing who at Facebook knew about the Cambridge Analytica breach in the earliest instance.

This list was obtained by the UK’s data watchdog, over the course of its own investigation into the data misuse saga. And earlier this month information commissioner Elizabeth Denham confirmed the ICO has the list and said it would pass it to the committee.

The accountability net does look to be closing in on Facebook management.

Even as Facebook continues to deny international parliaments any face-time with its founder and CEO (the EU parliament remains the sole exception).

Last week the company refused to even have Zuckerberg do a video call to take the committee’s questions — offering its VP of policy solutions, Richard Allan, to go before what’s now a grand committee comprised of representatives from seven international parliaments instead.

The grand committee hearing will take place in London on Tuesday morning, British time — followed by a press conference in which parliamentarians representing Facebook users from across the world will sign a set of ‘International Principles for the Law Governing the Internet’, making “a declaration on future action”.

So it’s also ‘watch this space’ where international social media regulation is concerned.

As noted above, Allan is just the latest stand-in for Zuckerberg. Back in April the DCMS committee spend the best part of five hours trying to extract answers from Facebook CTO, Mike Schroepfer.

“You are doing your best but the buck doesn’t stop with you does it? Where does the buck stop?” one committee member asked him then.

“It stops with Mark,” replied Schroepfer.

But Zuckerberg definitely won’t be stopping by on Tuesday.