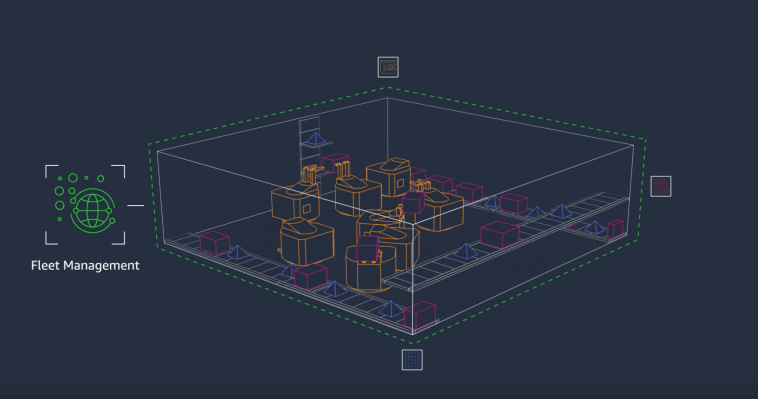 RoboMaker essentially serves as a platform to help speed up the time-consuming robotics development process. Among the tools offered by the service are Amazon’s machine learning technologies and analytics that help create a simulation for real-world robotics development.

The system can also be used to help manage fleet deployment for warehouse-style robotics designed to work in tandem.

“AWS RoboMaker automatically provisions the underlying infrastructure and it downloads, compiles, and configures the operating system, development software, and ROS,” the company writes. “AWS RoboMaker’s robotics simulation makes it easy to set up large-scale and parallel simulations with pre-built worlds, such as indoor rooms, retail stores, and racing tracks, so developers can test their applications on-demand and run multiple simulations in parallel.”

The feature arrives as Amazon is taking a more serious look at robotics. The company has long deployed warehouse robotics, which will be in full force this holiday season. It’s also reportedly been looking at pick and place robots to help speed up fulfillment, along with a rumored home robot said to be on track for 2019.