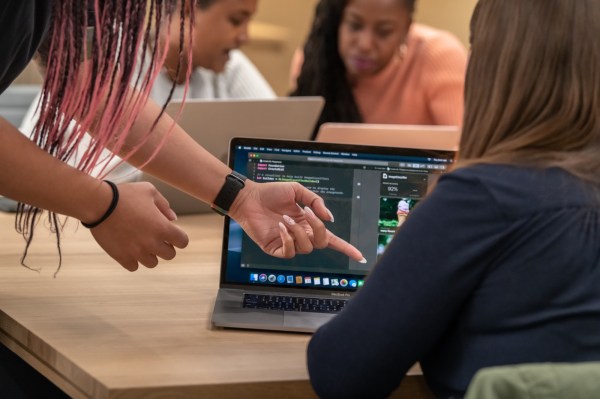 Apple is looking to better support female-identifying founders through its new Entrepreneur Camp, a technology lab focused on app development.

The free two-week camp, which kicks off in January, will give female founders the opportunity to receive one-on-one coding assistance from Apple engineers, as well as attend sessions on design, technology and App Store marketing. The idea is to help teams shave off overall development time.

To be eligible to participate, the company must be female-founded, female co-founded or female-led, and have at least one woman on the development team. The program is inclusive to all who identify as women.

For companies that are currently Android-only, Entrepreneur Camp could be an opportunity for them to learn more about Apple’s ecosystem and get support directly from the technology’s creators. For Apple, it’s an opportunity to increase both the quantity and quality of apps in its store.

“We wanted to focus on women who already have an app-driven business, and we don’t require them to have an iOS app,” Apple Senior Director of Worldwide Developer Marketing Esther Hare told TechCrunch. “This isn’t an incubator where you come with a good idea and we help you think through it. It’s about already having a good idea, maybe they want to incorporate machine learning or augmented reality, or use some of Apple’s other technologies.”

Additionally, Hare envisions this program serving as a bit of street cred, which could help women get more funding. This year, female founders have raised just 2.2 percent of all venture capital investment in the U.S., according to PitchBook.

More broadly, she said, “we believe we can have a role in bringing women into more leadership roles” and help keep women in the workforce.

That’s why the program enables the core participant to bring up to three members from their team to the lab.

“Even if they’re not the most advanced, they get to come to the workshop to get support, network and skill development,” Hare said.

Apple has done similar workshops, talks and accelerators in the past, but this is the first that’s focused on women-founded companies. And while this is female-specific, Hare said “we designed this program with all underrepresented minorities in mind — particularly women of color.”