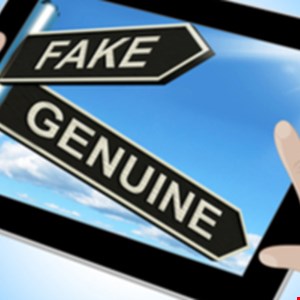 Law enforcement agencies across the EU have successfully shut down more than 33,600 internet domains distributing counterfeit or stolen items, according to a press release published today by Europol.

In addition to seizing tens of thousands of domain names, IPC3 also arrested 12 suspects. The initiative also resulting in blocking hardware devices and enabled authorities to both identify and freeze more than €1 million in multiple bank accounts. The organized criminal groups had been using online payment platforms and a virtual currency farm, which were also frozen by authorities.

As part of a joint operation with law enforcement agencies in 26 other countries – including South Korea, Bosnia and Herzegovina, Colombia and China – IPC3 worked alongside INTERPOL and the US National Intellectual Property Rights Coordination Center in a mission that was the continuation of the In Our Sites (IOS) operation launched in 2014.

In previous years, the joint efforts resulted in the seizure of 20,520 domain names. The ability to shut down even more sites this year was attributed to increased efforts on behalf of anti-counterfeiting associations, brand owner representatives and law enforcement authorities.

“To continuously raise awareness of this growing threat, Europol’s IPC3 launched the campaign ‘Don’t F***(ake) Up.’ The campaign informs citizens of the risks of buying fake products online and provides forthright advice to help identify illicit websites that sell counterfeit goods, as well as other means used by counterfeiters, such as fake social media accounts and fake apps,” Europol said in the press release.

According to the Don’t Fake Up campaign, the sectors most commonly affected by counterfeit products include manufacturing, consumer goods, technology, software and biotechnology, which includes pharmaceuticals.

“When shopping online, you are more likely to fall victim to counterfeiters. In a digital environment, without the physical product to look at and feel, it can be more difficult for you to spot the differences. Some illicit websites selling counterfeits are so sophisticated that it is hard to detect that they are scams. Infringers are also exploiting mobile app stores as an ideal shop front. Again, users are less likely to question the legitimacy of an app, especially if it appears in an official app store,” Europol wrote.